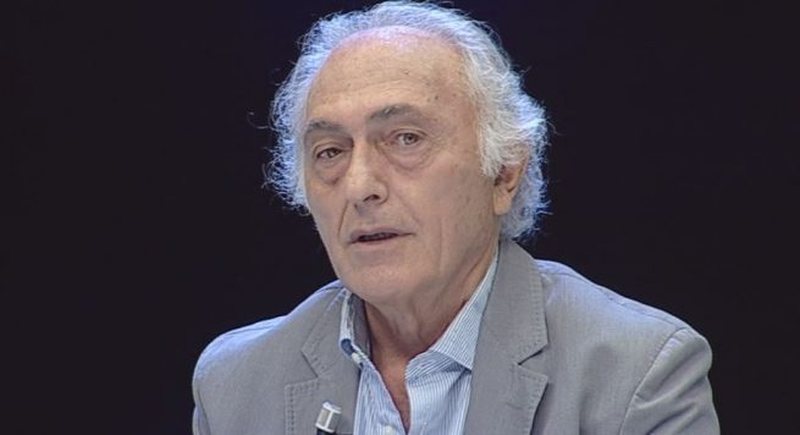 Çupi writes, among other things, that Falcone did not have America behind him, as Albanian prosecutors have, adding that if the US did not support Albania, then the mobsters would have eaten us like rabbits.

He says that Çela and Kraja seem to have no point of sadness, no point of professional manhood and no point of fear. "Both of them look like two 'aqua e sapone' men to me, just out of the dew point. "Hair carefully combed and licked, self-washed and changed like babies", writes Çupi.

I do not want to scare our prosecutors; neither the General Prosecutor nor the SPAK Prosecutor. But even today prosecutors could be killed in this fierce war. Falcone did not have America behind him, they have him. Without America we would never have succeeded; our mobsters would have 'eaten us with their teeth like rabbits'.

'Inshallah' neither Olsi nor Arben have ever heard of Giovanni Falcone, the 'extraordinary hero of conscience'.

When I look at them, both, I believe they have no point of sadness, no point of professional manhood, no point of fear. Both look to me like two 'aqua e sapone' men, just emerging from the dew point. Carefully combed and licked hair, self-washed and changed like babies, dressed 'spic', with white skin and cured have just emerged from the 'spa and wellness center'. I do not like this kind of man, yet I admit that they are fashionable; not as prosecutors of course, but maybe as waiters or something.

When Falcone died in May 1992, you had nowhere to find money stored in your pockets, no luxury homes, no villas, no perfume notes. He did not live in the block of mafia officials.

That is not the whole point. The question is how as a prosecutor, as an engineer or as a journalist me, with what you see in the paint, you will look for it in soy.