Bad quarrel on the show! After the strong debate with Alket Hyseni, the journalist makes the sudden action that astonishes Alfred Lela: You are doing this to me ...! (VIDEO) 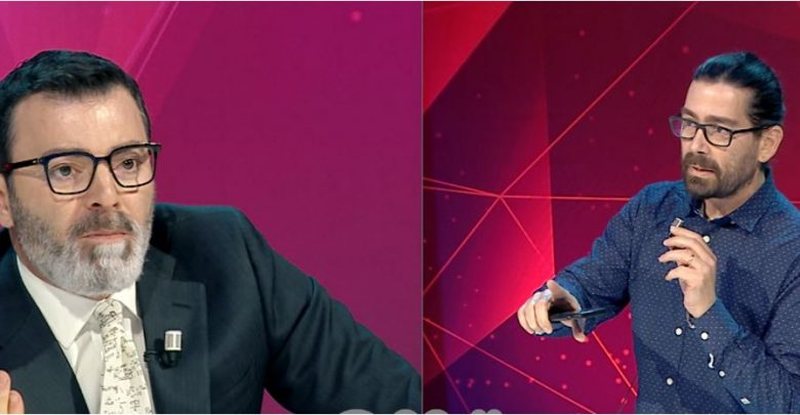 Socialist MP, Alket Hyseni clashed with journalists Juli Xhokaxhi and Koloreto Cukali in the show 'Politikon', where he raised questions whether they knew or were present at the protest of 10 years ago.

That was enough for Cukali to remove the live microphone in protest and leave the studio.

Excerpts from the debate on Ora News

Alket Hyseni: I doubt you were at the January 21 protest?

Koloreto Cukali: Jo, jo, do iki. The gentleman is questioning my integrity.

Alket Hyseni: I do not doubt because if you had been there, it would have become grain meat with this logic.

Alfred Lela: Listen for a second, you are taking revenge on Hyseni but he is doing it to me.

Koloreto Cukali: It is my right to doubt. I do not accuse anyone, but I doubt I can.