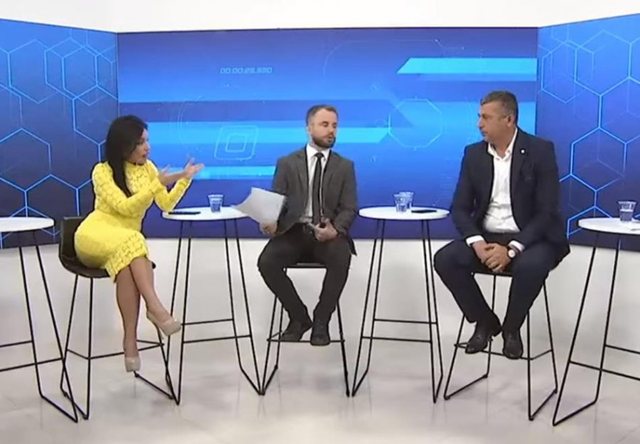 Debates sometimes get out of hand and turn into personal insults between the parties. This also happened to the coach of the Llap team in Kosovo, Tahir Batatina, who in the studio could not stand it while the moderator Qëndresa Krelani asked him what the objectives of the Llap are after poor results.

Technician Batatina has responded harshly by telling the journalist that he should only deal with folding newspapers or cleaning, as he is not capable of analyzing football.

"I think the trust in you as a coach has been lost a lot. Tell me, Mr. Batatina, when you constantly have such (poor) results; what are the objectives? Is it Europe? ” Krelani asked the coach of Llap ", were the words of the journalist Krelani.

Coach Batatina's response: “You are not in the world of football in Kosovo. What kind of journalist are you who does not know what position Llapi is in? You do not know. How can you say a team is not within the objectives when it is close to the Kosovo Cup final? I do not believe that you are in journalism or that you follow football, because you have to see it differently… In journalism you can fold newspapers or clean up, but not analyze football in this way… If I were your manager I would leave you fold only newspapers.
You are not my level to debate football in the studio and if I knew you were I would not come. I no longer go out to the TV studio where you are. "Your level is not the level of a journalist, first of all, starting from the appearance".

But Krelani also continued the debate: “Your level as a coach is minus zero. If another coach had your results, he would have lost his job, but your advantage is that you have brothers in the club (owners) and you do whatever you want. "Someone else would blush a little."