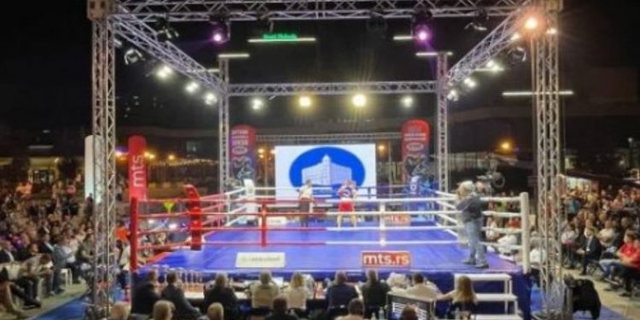 A real scandal has taken place today on the Kosovo-Serbia border. It is reported that Serbia has banned the delegation of Dardanian boxers from entering their territory.

The delegation had left for Belgrade where it was supposed to take part in the World Amateur Boxing Championship that starts tomorrow, but it has faced a not at all normal situation at the border.

The news was confirmed by the Secretary General of the Boxing Federation in Kosovo, Latif Demolli, who said:

"At around one o'clock we left for Belgrade. We were stopped at the border in Konculj by the Serbian police and they did not allow us to go there, because of the Kosovo signs on our tracksuits and T-shirts. we have to leave them at the border and we can move on.

But as we agreed with AIBA, that we participate only with signs of Kosovo, we did not accept. "I am now in contact with the AIBA office and we are waiting for a response."

"Congratulations Prof. Zef Gjoni. If Kosovo, Serbia do not allow me to participate in the world, and Albania will not participate by withdrawing its boxers", Brahimi writes on "Facebook". 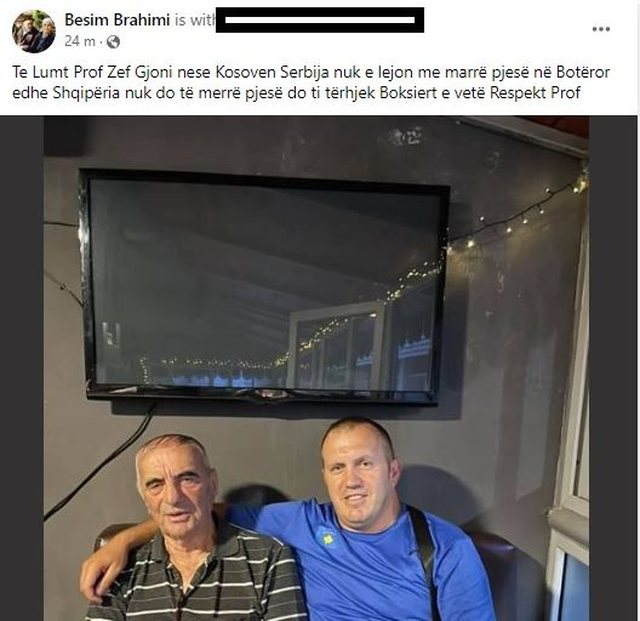 The number of staff continues to increase / Tirana holds the first place, here are how many police officers have tested positive in some cities of Albania, among them young police officers

Escobar's visit to Tirana / Analyst shows the message that Lulzim Basha will receive, warns of strong developments within the DP

Serious / Family members are shocked, the 35-year-old is found dead in the apartment, he had taken the extreme decision. Reagon Police

Bad weather! The snowfall in Korça is back, learn how the situation is

Serious / A woman is found drowned in Berat, details are revealed

Threat from the new version of COVID, doctor Alimehmeti gives important information and issues the alarm: More dangerous than Omicron is ...

A murder on the spot is prevented / The former father-in-law tried to kill the former groom. Police remain silent during the search of the apartment. It is revealed what was seized from him

Images emerge / 20 years since the release of Albin Kurti from Nis prison, here is what the Prime Minister looked like (PHOTO)

Well-known analyst surprises everyone, reveals the names of 3 politicians who will take new positions: Here is who will be in charge of the DP, the new president and the woman who will replace Erion Veliaj

VOA: Covid, in the last week, the tests at the lowest annual level in Albania

The professor tells what really happened in Sali Berisha's "Foltore" with the Democrats in the US: Gathered pajamas and waiters! The President of Vatra does not gather 5 people in the cafe

Efi has shown today in "Përputhen" that Salsano Rrapi was the person who he...