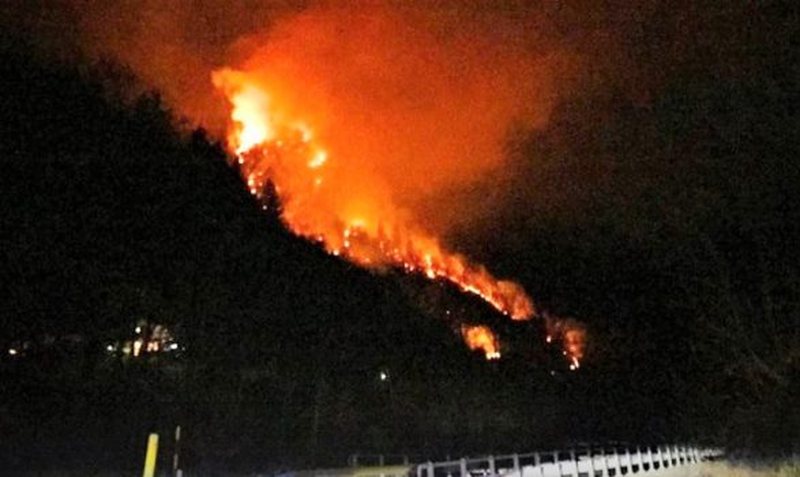 Lorela Lazaj, director of Protected Areas, spoke about the situation and the difficulties that arise in Tragjas and Karaburun, where hundreds of hectares of forests are burning.

Lazaj calls and demands urgent intervention from the air. Lazaj said that it is estimated for an area of ??up to 500 ha that has been damaged by fires mainly pasture.

'The situation is very critical, compared to yesterday there is an improvement trend, we are on the 5th day of the fire and the only intervention was made through the ground. Today there are nearly 80 people who are scattered around the perimeter of the fire and are trying to neutralize them. They are working in very difficult atmospheric conditions as well as in the absence of specialized technical equipment for intervention of this scale, but also of atmospheric conditions as it blows wind and favors flames. We suspect that it has an area of ??500 ha. we do not yet have a final report. most of them are pasture fund and we hope that the damage value of this fire will be as low as possible. We have asked for Civil Emergency air intervention but we have not been able so far due to technical reasons and all our efforts are focused on the ground part.

The police make a name for themselves during the night in Tirana, the drivers who were traveling at infernal speed suffer badly (VIDEO)