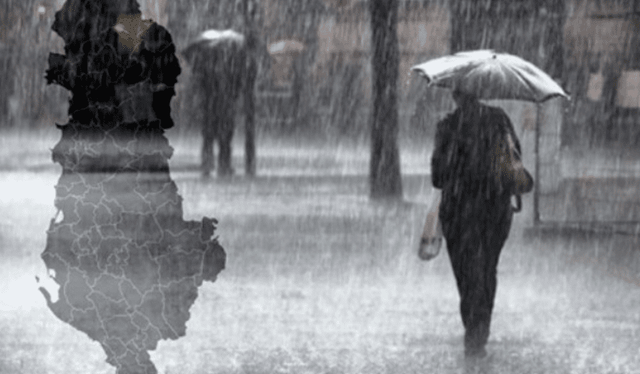 During the day and yesterday evening there was a worsening of the weather with heavy rainfall in most of Albania. Albania is affected by bad weather with rain, lightning, strong wind in certain areas as well as low temperatures.

Today the situation seems more stable today, while the worst is expected tomorrow evening as well as Monday morning where heavy rainfall and lightning will cover almost the entire Western Lowlands as well as the coastal areas of the Ionian. 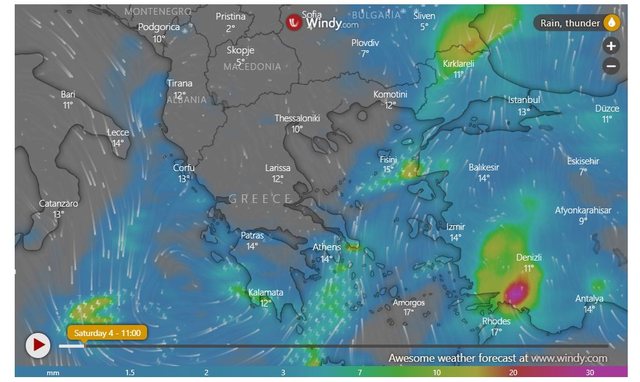 As a result of the currents coming from the north of the Adriatic, the bad weather with rain and atmospheric discharge is expected to start tomorrow afternoon around 17: 00-18: 00 in the area of ??Shkodra and Lezha and then over the hours it will go down. further south, in Durrës, Kavaja, the coast of Fier and in Vlora. 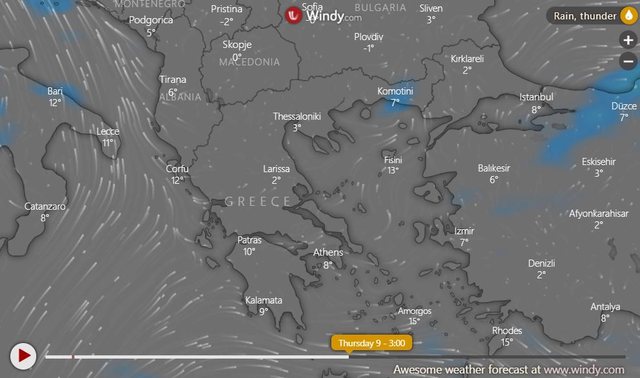 Precipitation is expected to be heavy with an intensity of up to 25 mm of rain per hour in these areas. Meanwhile, during the first hours of Monday, heavy rainfall and lightning will descend in the Ionian coastal area, mainly in Himara and Saranda.

The weather will be cloudy and rainy on Monday, to have an improvement during Tuesday and Wednesday.