Price protests / Zheji: Rama scared, if there was no manifestation he would still be in Dubai. Lubonja reveals the behind the scenes of the latest move of the prime minister 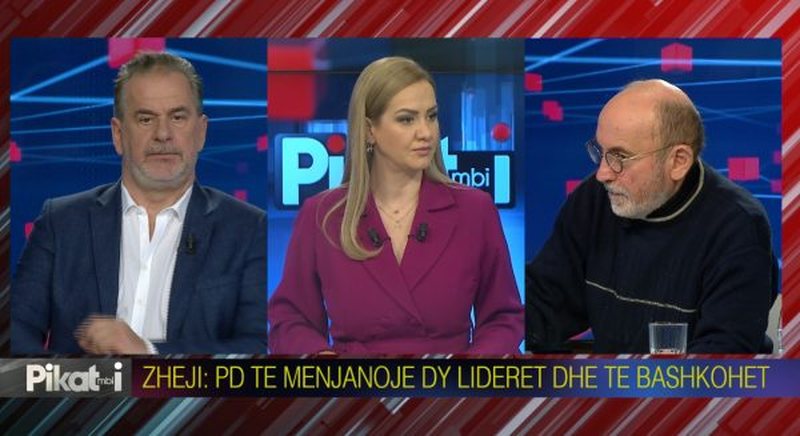 In the studio of "Points Above I" was discussed exactly this protest, where guests were two analysts, Artur Zheji and Fatos Lubonja. Zheji said that Prime Minister Rama is afraid of the protests and that the measures taken do not meet the needs.

On the other hand, Lubonja stressed that the actions of the government have been done "enough to shut up".

Zheji: Rama should get a councilor of a serious country to advise him. We take and extract the oil and sell it for 5 lek. Some SP deputies rose up making a little noise for the millions and then shut down, extinguished. This is a more serious situation than the pacifier that Rama reminded us today of the oil pipe. Rama forgets that the fact that he is appearing on the screen every day, dressed in an anti-conformist way, like the people, puts them under the pressure of the protest. if it were not for the protest, it would still be in Dubai, for coke. That protest scares him. He has sharp political instincts. He knows that when people take to the streets it can turn into an avalanche to be feared. The measures taken so far are to calm the situation as he has no money to subsidize these measures. It has the coffers of the state exhausted, this is the drama of dramas.

Lubonja: Why Rama tells people I will want to pay for the light. If we are in big trouble, the prime minister comes out and says 1, 2, 3. In Italy, people have not taken to the streets. The government must be ready to react. It is a large accumulation. In Italy it turned out that the price of oil is also the result of more speculation. We have these abuses, it can not be said that this injustice has been created and will be resolved now. This is to shut people up. Tirana is being bitten every day. As they have done with all of Albania, the rivers. This is the philosophy, but that he has not stopped. These are the people who want irresponsible prime ministers to behave irresponsibly. He is doing this moment as he did with the students, to shut them up. We are to raise problems beyond the everyday. He did some actions, some can be realized and some not. People are protesting, but it was big and it affected everyone.