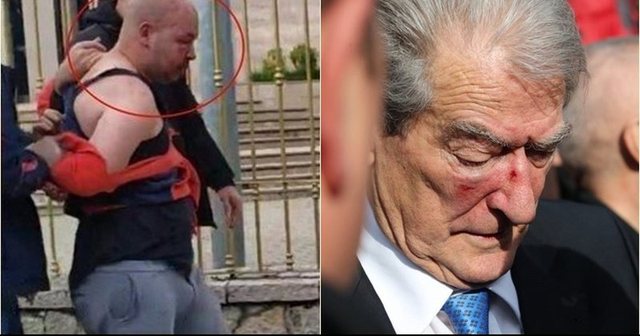 The conviction of Gert Shehu in 2017 has been published, in an event in which he injured the guard of a private gym in Tirana with his fists and a decorative brick.

According to the forensic expertise of the injured PV, it turned out that he had suffered 4 head injuries. The prosecutor of the case, Enklid Gjini, after examining the investigative material, requested his punishment with a fine of 200 thousand Lek.

The court reasoned that "the subject of this criminal offense is the defendant Gert Shehu, who turns out to have reached the age of criminal responsibility and to be responsible before the criminal law".

Journalist Spartak Koka, invited to the Klan News studio, revealed the dynamics of this event that happened on August 7, 2017.

"On the day of the event, the injured person, a citizen of PV, was working as a guard at the gym located in Tirana. The defendant Gert Shehu went to his place of work, took the TV panel and started moving it. Regarding this action of the defendant, the complainant asked him to leave his workplace. But on the contrary, the defendant not only did not leave, but also had a conflict with him. During the debate, the defendant, Gert Shehu, punched the complainant and then hit him on the head with a decorative brick, which he took outside his workplace. As part of the investigative actions related to this event, it was also decided to carry out a forensic examination, regarding the injuries suffered by the complainant PV. According to the act of forensic examination dated 07.08.2017, it turned out that 4 head wounds with the characteristics and locations mentioned above were found in the PV citizen. The above damage was caused by a hard tool. Injuries caused to PV citizens fall into the category of those that have caused loss of ability to work for more than 9 days.