"Works in the municipality of Tirana", journalists reveal sensational information about the coca laboratory in Fier: Drugs were going to the house of the former official in an army truck 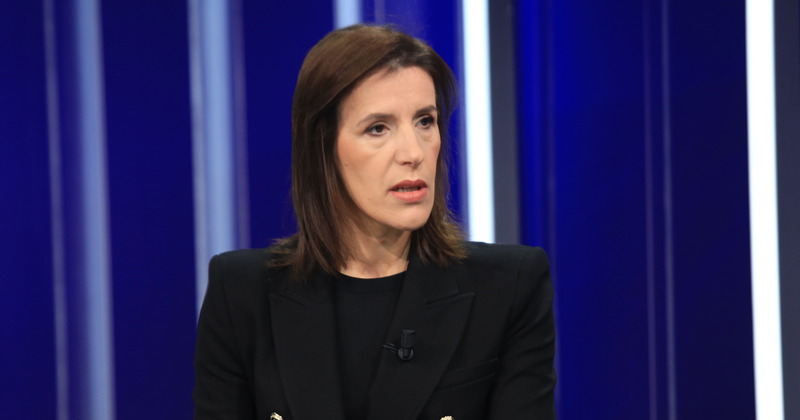 Journalist Klodiana Lala has explained the operation of the last few hours where cocaine mixed with chemical fertilizer was seized in a drug laboratory in Fier.

Invited to the show "The Unexposed", Lala said that the operation was under the supervision of the DEA and that the person involved is Viktor Cervenaku, former mayor of Frakull municipality.

Journalist Enton Abilekaj added that Cerveniku also works for the Municipality of Tirana and that drugs went to his apartment with an army truck!

Klodiana Lala: It is an action by the Albanian and Montenegrin police under the supervision of the DEA. There was a warning about a quantity of drugs that would come with chemical fertilizer. Viktor Cervenaku, the former mayor of the municipality of Frakull, ordered it in Colombia. It came to the Port of Tivar in Montenegro, then to Fier. It was a controlled delivery, the police had information but did not intervene until the end point. Viktor Cervenaku had adapted his house as a laboratory. This is the first time that a quantity of drugs mixed with chemical fertilizer has been seized. The final quantity caught is not known. The arrested person works in a state institution.

Enton Abilekaj: You work in the Municipality of Tirana, tell me. And the most beautiful drugs went to his house in an army truck!

Neritan Sejamini: The former mayor of Frakulla, is he a director in Tirana?

Arjan Çani: My thesis is confirmed. In Albania, there is a requiem for poverty. It is enough to see this case and I say, this and many others show that in this country, despite the fact that the minimum salary is 200-300 thousand lek, because they are busy with traffic, the salary reaches up to 1 million per month. This is why people endure injustice.

Neritan Sejamini: We have talked about this. Drugs are a major source of money entering the economy. The money that comes in, being put into the businesses of those who control crime, manages to produce small salaries for many Albanians. There in the village, if you get 30 thousand new lek...

Enton Abilekaj: Employees in the state are involved in crime and deal with drugs. We are dealing with the criminalization of a state. It has put Albania on the map of hard drugs. Young people have been criminalized, there are children who distribute drugs, do you know that?

Albanians take the 'beasts' out of the garage, with red and black flags they 'occupy' the streets of Tirana (PHOTO)

Fire in an apartment in Lushnje, 68-year-old man burns, details of the event

With traditional song and dance, the "Albanians" of London "burn" it for the Independence Day (Video)

What is happening? The Albanians "land" in the "Skënderbej" square, the last images are released (VIDEO)

The gunshots during the meeting of the DP, the police quickly clarify the dynamics of the event

Quarrel between the Democrats in the blue headquarters, the details of the shooting in Laç emerge

She was about to meet him, the 90-year-old can't believe her eyes when she sees the man who looks like Adem Jashari (VIDEO)

Gunshots, the first details of the event