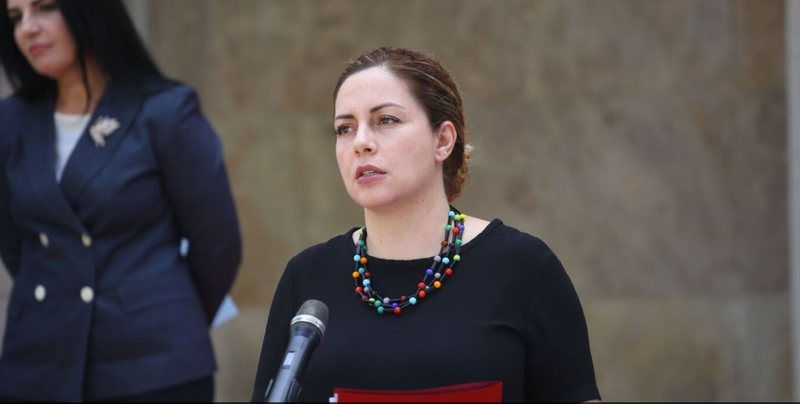 Albania today took the first step in support of Finland and Sweden's request to join NATO. The government approved in principle the accession protocols for both countries.

"We formally agreed on the expansion of the Alliance and the inclusion in it of these two countries. These protocols will then be passed for ratification in the Assembly and when this ratification procedure has been carried out in the parliaments of the 30 NATO member states, but also by the parliaments of Finland and Sweden, it will be possible to accept them de jure in "The North Atlantic Treaty", declared the Minister of Foreign Affairs Olta Xhaçka.

The final step that concludes the membership of the countries will be the deposit of the instrument of membership with the US Government in the capacity of the depository state of this treaty.

Albania immediately spoke in favor of Finland and Sweden's membership in NATO, as soon as they expressed their ambition to join the Alliance.

"It is a development that comes as a direct consequence of Russian aggression against Ukraine and the fact that two countries like Finland and Sweden, with a long tradition of neutrality, feel the need to join NATO today clearly speaks on one side of the level of threat with it. which is faced today by the whole of Europe and on the other hand for the trust that NATO enjoys as an organization capable of guaranteeing the collective security of each member country even in the face of a threat of this magnitude ", said Ms. Xhaçka, adding that" we hope that this moment "Enlargement will serve to give a new momentum to further NATO enlargement in the Western Balkans, and here I want to emphasize especially the case of Kosovo, which shares with the Alliance the same principles and the same values."

All member states have expressed their support for the request of Finland and Sweden, with the exception of Turkey, which has stated that it will use the veto mechanism, due to bilateral disputes.

Ankara accuses the two Nordic countries of harboring members of Turkey's outlawed Kurdistan Workers' Party (PKK), as well as supporters of US-based preacher Fethullah Gulen, who is considered by Turkish authorities to be the organizer of events that took place in 2016, which have been described by them as a failed coup by the State