The reopening of "January 21", Artan Hoxha reveals the details of the day: They were waiting for the date to close, here is what Saimir Tahiri tried 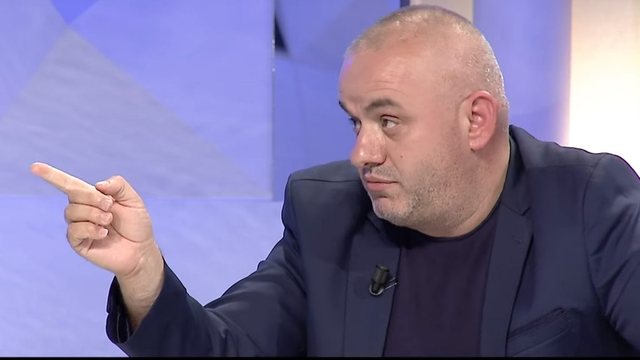 If the state police had not demanded that the investigations into the January 21 file be reopened, there would be no chance of opening those files as of today.

However, what "jumps" in this issue according to journalist Artan Hoxha is the fact that the news was given by the head of the Parliamentary group in the Socialist Party Taulant Balla, through a Facebook post.

Artan Hoxha said that there have been other attempts to open the file before, but to no avail.

"If that request was not made yesterday, from today there would be no chance to open that file anymore. Say goodbye to the authors, the orderers… Why the news was given by the head of the SP Parliamentary group, this is a dancing thing. There has been an attempt to open the file before. "It was Tahiri," said the journalist.

Also, the journalist said that in the commitment that he himself had in relation to this event of 10 years ago, he noticed that the evidence was hidden, damaged or sabotaged intentionally.

"Film evidence, not questioning the people who should have been questioned. They left when the crime scene was cleared. They were investigating the crowd. The foreign man came out and said they were killed by light weapons that are not in the state police inventory. The investigation is not well done. 15 volumes for the January 21 file. In 10 years of investigation, 2 of the four victims today are without perpetrators. Hekuran Deda understands who killed Dede. "

The journalist also said that for years prosecutors made only 15 pages while adding that the case was expected to become statute barred.

"If we know today who is the killer of Alex Nika, including our former colleague… The simple guard soldier did not do it, the guard general shot. He killed the chief of staff of the special unit, Agim Llupo. The highest leaders in the hierarchy have been killed… Ina Rama was attacked for not carrying out the order to do what she was told. Ina has been charged because she did not do as she was told. What did Ina Rama do? In these 8 years, I know what they did to 15 pages, and they were waiting for the date to arrive before the case expires. "

"The way was found to reopen the file, not to burn the deadlines, there is another 10 years for January 21, with what happened yesterday," added Artan Hoxha.

The court hearing for Judge Enkelejda Hoxha and doctor Edvin Prifti, their request is clarified and the time when the final decision is expected to be taken by the Special Court of Appeals

"I am out of any logic! Good luck my friend ", Jorgo Papingji reacts sadly to the death of Agim Krajka: Extraordinary loss for Albanian art and music!