The reopening of the file on January 21, the well-known lawyer reacts: He solves the case only ... 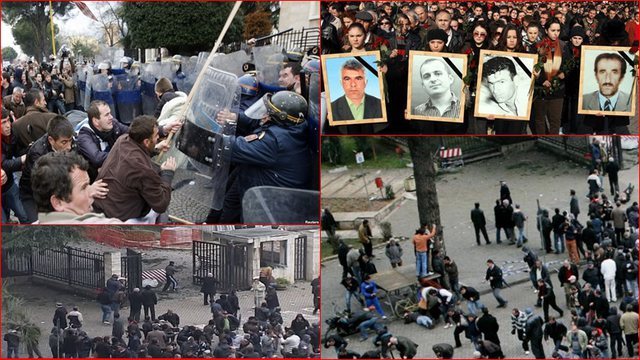 Although 10 years have passed since the January 21 protest, in which 4 people were killed and several others were injured, there is still no complete picture of what happened.

The lawyer of the case, Dorian Matlija says that in order to resume such cases, will is required throughout the days of the year, and the government should not be reminded of this event only once a year, on January 21st.

The lawyer says that the solution can be found in the Strasbourg Court, as a body which according to him can force the Albanian government to restart the investigation and find out what happened that day.

"I do not believe it very much. I am not optimistic in this respect even for the fact that the last action taken by the police was done yesterday. The government remembers January 21 only on January 21 of each year. There is no will in the other 364 days of the year. This issue if there is no will for the other days of the year will never be clarified. Only if the family members turn to the Strasbourg Court, which will then force the Albanian government. So far without being forced, the Albanian government is not showing any positive signs and I am not so optimistic ", said Matlija.

"Since April 25 is approaching ...", Artan Hoxha reveals what is happening today in the Prime Minister and bursts the strong statement: Just be careful guys, stay strong! (PHOTO)

Well-known actress Rudina Dembacaj has shared some bitter news about her. From...