Winter is back! A strong cyclone is announced, meteorologists show what awaits Albania in the coming days 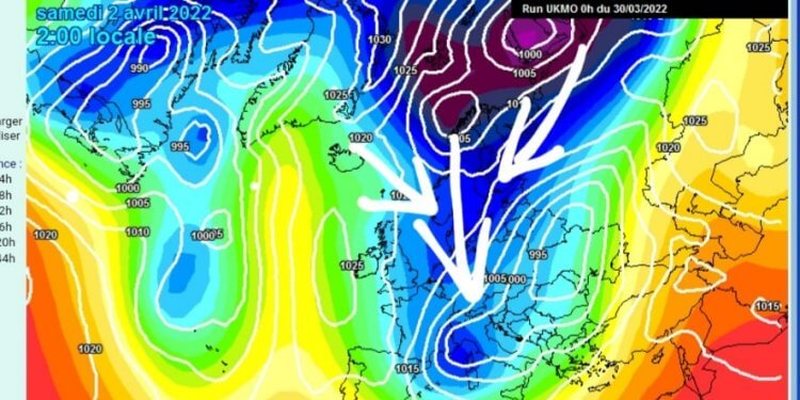 After a long time of spring weather in Europe, the return of low temperatures and snowfall is expected, even though we are officially in the beginning of spring. Cold air masses of polar origin along with Atlantic humidity are expected to condition rainfall, but also snow in many parts of the European Continent ranging from the UK to the Iberian Peninsula.

Snowfall in the coming days is expected in France, Germany, Switzerland, Austria, Poland, etc. Snowfall in addition to hilly-mountainous areas is expected to include many lowlands in these places, but normally no snow should be expected in all lowlands.

After a long period of stable weather Europe will face significant reductions in temperatures and snowfall. In the bay of Genoa, Italy we have a strong cyclone which is expected to affect the Balkan Peninsula, but in our country the air currents will be from the south and the precipitation will be mainly in the form of rain, while in Europe the air currents will be from east and north and for this reason snowfall is expected, however after a few days we also expect lower temperatures and opportunities for transient snowfall, but at the moment we hope that the cold air masses in our country will be much weaker than in Europe.

Snowfall in the coming days is expected in almost all hilly-mountainous areas of our region starting from Slovenia to Albania and Greece./MeteoBallkan