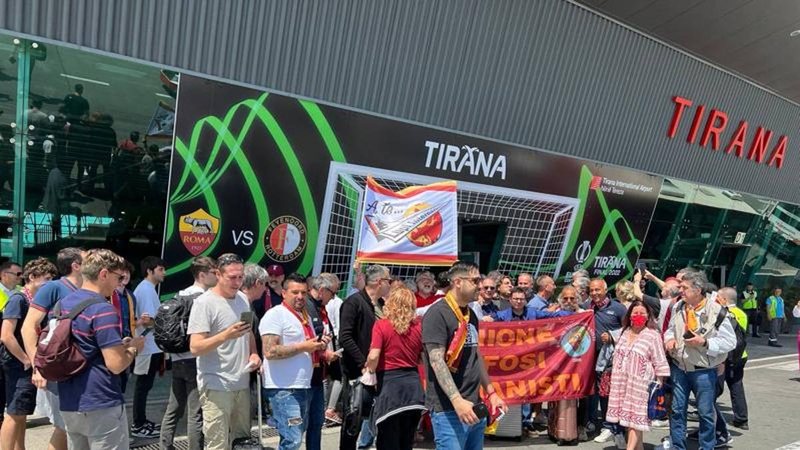 "The tension for public order in Tirana increases a few hours before the final of the Conference League between Rome and Feynoord. "After the clashes of the evening that led to numerous arrests, there is already a lot of concern about the infiltration of fans of Paok Salonicco and Fenerbahce, enemies of Feynoord."

This is what the Italian media "Corriere Dello Sport" writes. State Police personnel have been on standby for two days, they will be today and tomorrow until the last fan leaves Tirana, to avoid any possible collision.

According to media in the neighboring country, Greece's Paok's hooligans and Fenerbahçe's Turkish hooligans are known for their hostility to Feynoord's Dutch supporters. If these rumors are true, then the Albanian Police must be prepared for events that can overcome yesterday's violence.

Recall that, on the evening of May 24 a group of Feynoord fans clashed with those of Rome and as a result several people were injured. The scenes of violence were so strong that dozens of effectives were engaged to normalize the situation. Some of them were injured.