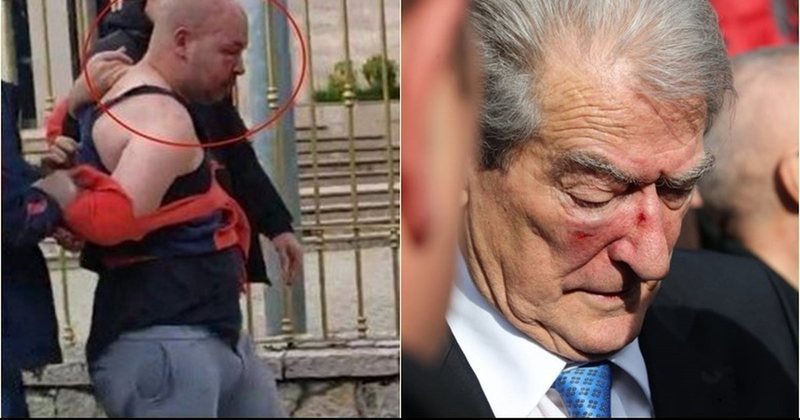 The Prosecutor's Office of Tirana has seized the medical records of 31-year-old Gerti Shehu, the young man who 2 days ago punched the chairman of the Democratic Party, Sali Berisha. The investigators are expected to verify the diagnosis determined by the doctor Sadik Lala. And the family members testified to the police that he had been suffering from a mental health problem for a long time and had been receiving treatment for 5 years.

It is learned that during the interrogation at the Trauma Hospital, Shehu did not show remorse for the attack on Berisha. In addition to the mental state expertise, the prosecutor's office submitted samples to the scientific police laboratory to see if the 31-year-old was under the influence of narcotics on the day the incident occurred.

He is accused of assault due to duty and intentional injury, while the prosecutor's office is expected to seek the measure of "imprisonment". Referring to some videos on the YouTube channel, Gerti Shehu is seen reciting and weaving nonsense verses.

"I'm Montana from Tepelena, I carry you with manna when there are no bananas"...

"We will not crash planes because they will balance a lot of ozone..."

The young man who hit Berisha appears as he creates verses and gives advice on how to get rid of the coronavirus.

"Don't hold the phone because you have a corona, then many women will appear like ants..."

"Then go through the commission and drink the bin."