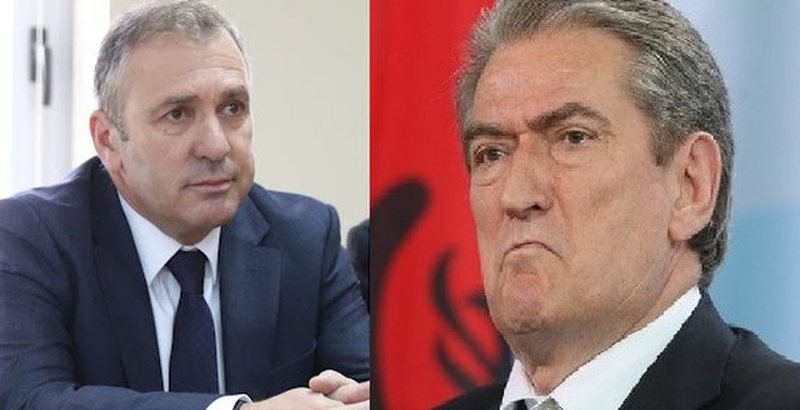 Businessman Sotiraq Naçi, invited to the show 'Shqip', told his business story in 1995 and the ordeal he went through as a businessman of that time until the financial destruction brought by the state and the shock and terror it caused. his family. Sotiraq Naçi tells how he found himself in handcuffs in 1997 together with Xhaferri's group and how he escaped from prison after the professional investigation of the person who today is the head of SPAK Arben Kraja, who at that time was the prosecutor in the case of Sotiraq Naçi.

"I went to the US to settle the girl with the school, but when I returned to Albania, 12 SHIKs raided my house and arrested me. I was arrested together with Rrapush Xhaferri's group on charges of embezzlement and great speculation among the people. In that photo we are both handcuffed, we were on the bus together. I had no pyramid schemes. I even put the money of the house in Xhaferri. I was arrested together with Xhaferri, who had meanwhile taken my money. SHIK was the one who did everything, they even wanted to eliminate me physically. The sludge was Berisha's SHIK. The police saved me, they called me, they told me tonight you will leave the house as you are labeled to be killed. There were good people in the police and prosecution at the time. The prosecutor of my case at that time was Arben Kraja who today is the head of SPAK, if you want you can verify my story. Arben Kraja after verifying all the documents, even called the director who collected Xhaferri's money, a Skënder Strazimiri because he did not hand over the money registration block, who said this is my protection and I lose my life and I do not hand over this. I beg Skënder to come to my house to make an appointment with Arben Kraja and so it was done, Arben agreed to have the meeting there to verify all the documents. Once the records were verified and matched the mandates I had maintained. In these conditions, Arben Kraja, after doing all the verifications, spent 1 month and called me to the office, because he did not allow me to leave the house because he had told me if you leave the house to go to prison and you can not leave without finishing the case, so that I stayed at home. So Kraja called me to the office and gave me the act the document of complete innocence. Kraja tells me you are innocent and no accusation is made against you and so you are free. There were good people in the police and the prosecutor and at that time, the sludge was Berisha's SHIK ", said Sotiraq Naçi.

The serious event in the Commissariats / "Recruitment of entirely political personnel", the former senior head of the State Police makes a strong statement: They have employed drug users and with problems ...

Terrible event / The Albanian woman is stabbed, loses her life on the way to the hospital

Ben Blushi meets the Dutch fan in Tirana: We will not let you in Europe, you are with Mourinho

From armored vehicles to military drones, what the police seized after the confession of Nuredin Dumani and Henrik Hoxhaj: Another point is revealed by the testimonies of the penitents of justice

Erion Veliaj publishes the photo of the legend of Rome: Totti also enjoys pie with pennies