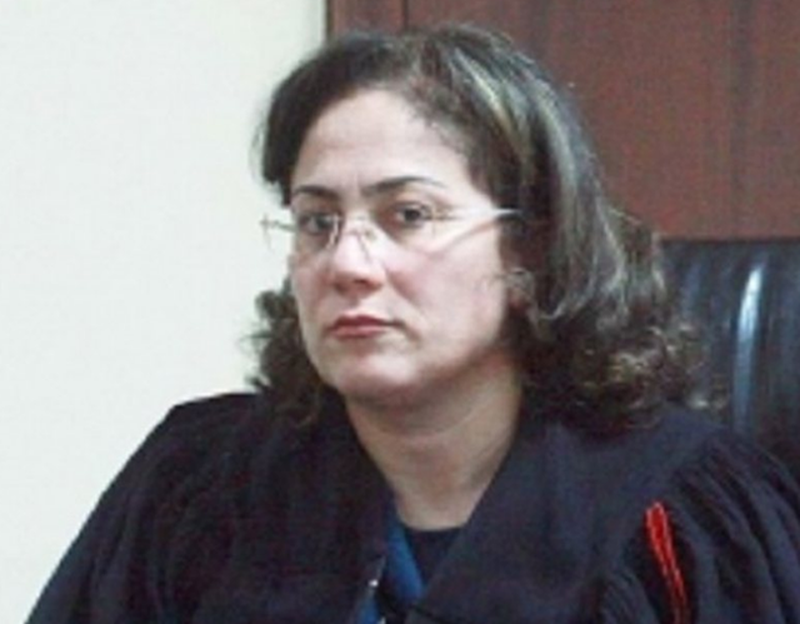 Judge Ariana Gumbardhi Caco is discharged from the vetting. Judge Ariana Caco was one of the 3 members of the trial team for "January 21".

In the last hearing session in function of the vetting for the judge, the Independent Qualification Commission, KPK decided to postpone it to give time to review the three requests presented by the subject of the reassessment through her legal representative, at the same time her husband Artur Gunbardhi.

After the leader of the KPK team, Pamela Qirko, announced the beginning of the session, she asked judge Caco if she had any preliminary requests to present. Lawyer Gunbardhi stated that they had three preliminary requests and presented the arguments why they raised their claims, explaining that they also had to do with the regular legal process.

They requested that the Commission communicate the names of the legal and financial advisors who have compiled the reports in the framework of the Cacos reassessment. According to Gunbardhi, two of the advisers of the KPK are in conflict of interest conditions, as one is a friend of the subject of the revaluation, while the other is the son of the former Minister of Justice in 1996, with whom he had a conflict.

According to him, the advisers are in the capacity of experts and their findings influence the Commission's decision-making. "The adviser determines the decisive evidence for the property, although he does not make a decision. My suspicion of the advisers' bias is objectively justifiable", asserted Gunbardhi and noted that in cases of conflict of interest, they should resign as well as the members of the Commission.

Asked by Qirko why this request was being submitted at this moment in the process, Gunbardhi stated that he had expected the legal advisers to apply the law themselves regarding the conflict of interest situation. He insisted that the names of the councilors be made public and that not calling them to the hearing for questioning would undermine equality of arms and due process of law.

Subsequently, Gunbardhi requested that the process be conducted behind closed doors. He claimed that during the process, sensitive data of a family with which he had relations due to the administration of properties will be handled, also mentioning the last name of that family.

The international observer, Elka Ermenkova, asked the lawyer Gunbardhi why he wanted to keep the sensitive data, when he was mentioning it himself publicly. He explained that he was talking about the co-confidentiality of the relationship with that family, specifically regarding the correspondence related to the administration of his properties.

Ariana Caco started her career in the justice system in 1993 and has been working for more than two decades in the Court of Tirana.

Name/ Suspected of killing two cousins, the 25-year-old surrenders to the police

Map-LIVE is published/ The storm is coming, these are the Albanian cities where there will be storms and snow

The well-known Polish archaeologist shocks the whole world: I tell you why Europe does not accept Albania in the EU, the USA is also aware

Bomb alert in Tirana, the suitcase is opened: Here's what was inside

They put him on the "black list" of extremists, Altin Goxhaj reacts indignantly and shows the immediate decision he made: Scenarios of Soros...

Tensions in the north of Kosovo, Nazarko blames the government and "breaks down" the situation: Attempts to create incidents