Violated the anti-COVID rules on the birthday of Bes Kallaku, Tirana Police imposes a fat fine on the administrator of the restaurant, measures for the guests (Tasks are suspended and 6 effective) 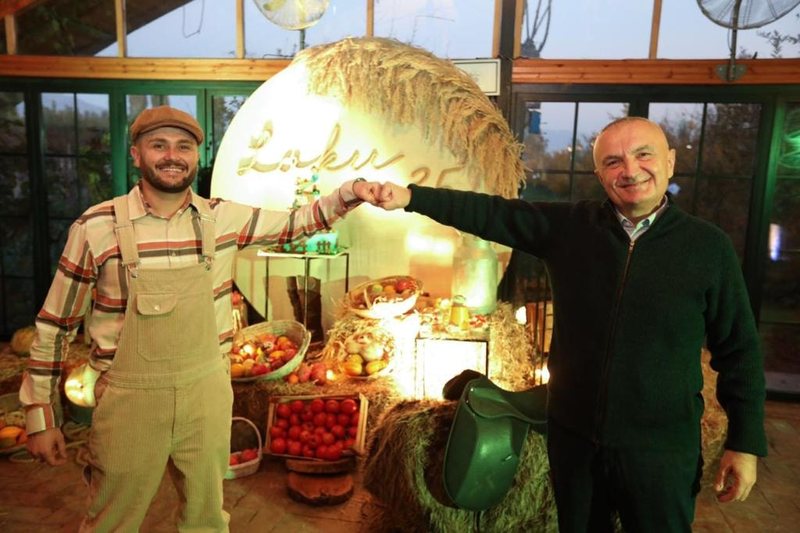 The Local Police Directorate of Tirana has fined with 1 million new lek the administrator of the restaurant where the birthday of Bes Kallaku was organized, where the President of the Republic Ilir Meta was also invited, in addition to other well-known personalities.

The police declares that in relation to the activity held on 20.11.2020 in a bar in the village of Laknas, Municipality of Kamza, where the citizen BK, had organized a birthday ceremony and had invited about 30 people, the Local Police Directorate of Tirana immediately took action of the Normative Act, to prevent the spread of COVID-19.

The Tirana Police took administrative measures 1,000,000 ALL for the local administrator, citizen FU, based on normative act no. 3 dated 15.03.2020

Also, based on the film footage, all persons who were participants in the activity were identified and will be punished with administrative measures for violation of anti-Covid-19 restrictive measures.

At the same time, the Director of DVP Tirana has suspended from duty 6 police officers for not performing territorial control and against them the Directorate of Professional Standards in the General Directorate of State Police has initiated disciplinary proceedings for serious violations.

The Local Police Directorate of Tirana appeals to all local administrators and citizens to correctly respect the anticovid measures by making it possible to break the chain of infection from the virus and invites citizens to report to 112 of the Digital Commissariat any local administrator or citizen who does not respects these restrictive measures by becoming a source of risk to the health of citizens.

A person is found dead in the apartment in Rrogozhina, the first details

Serious accident in Lezha / Benzi collides with the electric cabin, the driver is transported urgently to the hospital

'People who smoke cigarettes have immunity to Covid-19', the well-known doctor tells the truth: Smokers and alcoholics have ...

What should people who have passed Covid have in mind? Infectious disease doctor gives strong appeal to citizens

Execution in Shkodra, this is the suspected perpetrator of the murder of 46-year-old (NAME)

"There is a massive influx to buy it", the Infectious Diseases doctor tells whether or not to use vitamin C

"He entered to put an end to the boy's quarrel", the murder of the 46-year-old in Shkodra is revealed, the Police identifies the perpetrators

Presented as a party initiative "Knitting", Endri Shabani reveals who will be its candidates

The tallest tower in the world is dressed in red and black, watch the special moment from Dubai dedicated to Albania (VIDEO)