Scandal / The letter of the doctors and nurses is published, the urgent request to the Ministry of Health is revealed: We are missing gloves, masks, disinfectants ... (DOCUMENT) 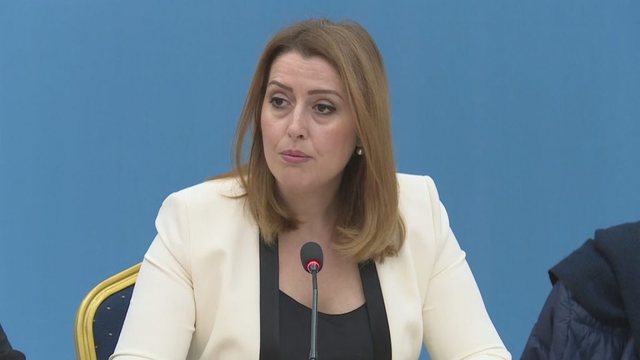 The letter of the doctors and nurses from Vora is published, where they express their great concern for the lack of basic tools they need at work.

In the letter, they submit to the Ministry of Health that they have been left at the mercy of fate, as they have a pronounced lack of gloves, masks and disinfectants.

The letter was made public by the SMI coordinator, Vojo Bregu. He accuses the government that doctors and nurses today face a corrupt system that has left the front line without safeguards, but that will change when everyone speaks openly.

WE LACK GLOVES AND DISINFECTANTS!

Vora doctors and nurses write a letter to the Minister of Health.

A group of doctors and nurses of the Vora Health Center have addressed a complaint to the Ministry of Health about working conditions. They say you lack basic tools like gloves and disinfectants. 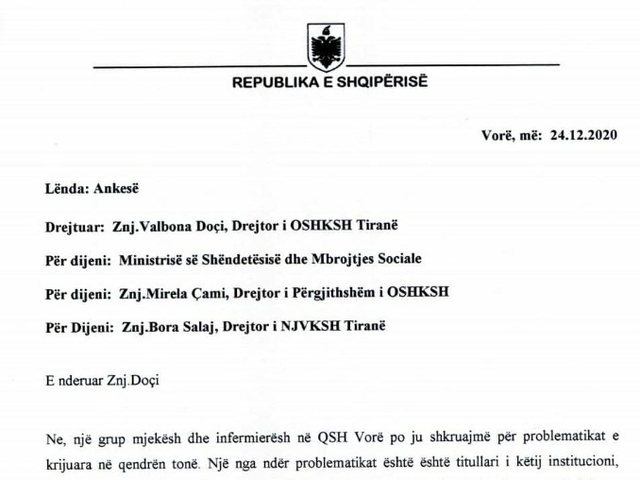 Doctors and nurses are often accused of apathy and corruption. The truth is that they, like everyone else, face a corrupt system which not only leaves them without tools on the front lines of the war but also totally ignores them as long as they do not serve the propaganda tapes.

This is changing and will change when all doctors get the courage and speak openly.