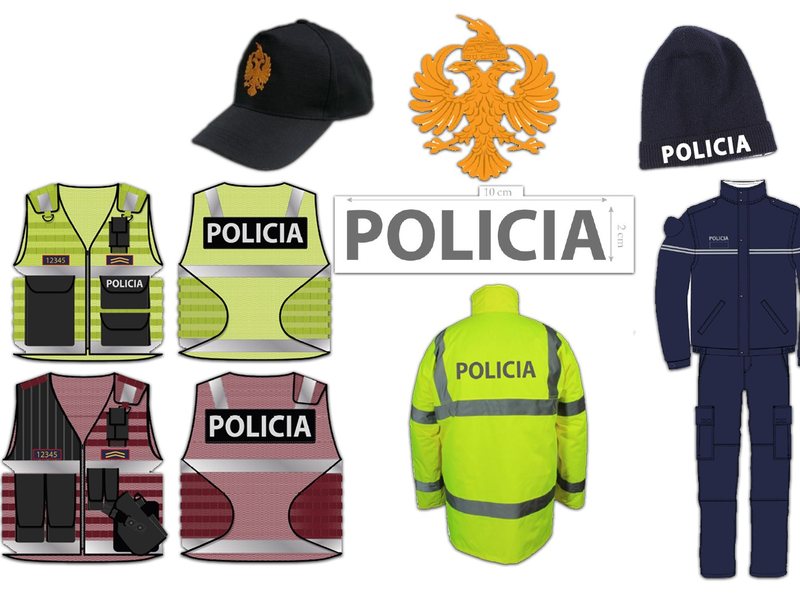 The Prosecutor's Office of Tirana has requested the dismissal of the charges for fraud with serious consequences and the exercise of illegal influence related to the 25 million euro (2.8 billion) corruption affair of the uniform tender in May 2020. The prosecution body found that the merger of the companies that took over the production of hats and uniforms of the State Police did not commit violations in the tender. Despite the questioning of 10 former officials of the Ministry of the Interior and other persons, securing the decisions of the civil courts on the creation of companies, it has not been accepted that the companies that won the tender for the production of the clothing of the Police forces should be charged as a group. State. In this way, it is likely that one of the most scandalous corruption cases in the ranks of the Albanian police will be closed with little history as the 10 arrested have already completed their sentences and have been released from prison. However, the final decision belongs to the Court of Tirana to close or continue the investigations.

The former director of the Centralized Purchasing Agency, Edlira Naqellari, was sentenced to 1 year and 6 months in prison. Because she agreed to summary judgment, she was sentenced to 1/3 of the time served in the cell. However, Naqellari will serve 20 months of probation. The same was decided for the former official at the Centralized Purchasing Agency, Flutura Çekrezi. Former members of the Bid Evaluation Commission Kreshnik Bejkaj, Fatmir Demneri, Mariglen Buzali were sentenced to 10 months in prison. The appeal of GJKKO decided yesterday that the remaining time in prison should be converted to probation. For the former members of the Procurement Unit, members Anisa Bogdani and Ani Omuri, as well as the former member of the KVO Gëzim Minga, previously sentenced to 10 months in prison, which was later cancelled, will serve double the remaining time of the sentence in trial service.

SPAK's investigations proved that Naqellari, together with 9 of her subordinates, violated the procurement law and the equality of competition in tenders by shortening the competition period for police uniforms from 52 days to 24 days. On the other hand, the 10 convicts had to divide the tender into 3 parts: uniforms, shoes and distribution, but they did the opposite by combining all the stages into one. This was done by members of the UK Bid Evaluation Committee. This caused the price to increase, the quantity of materials to decrease and the quality to weaken. The abuse was found in the prices of uniforms, as a policeman's outfit cost 2,800 euros, while a police hat cost 328 euros. As a result, Naqellari and her 9 subordinates favored the company D&E sh.pk by unjustly forgiving the tender.