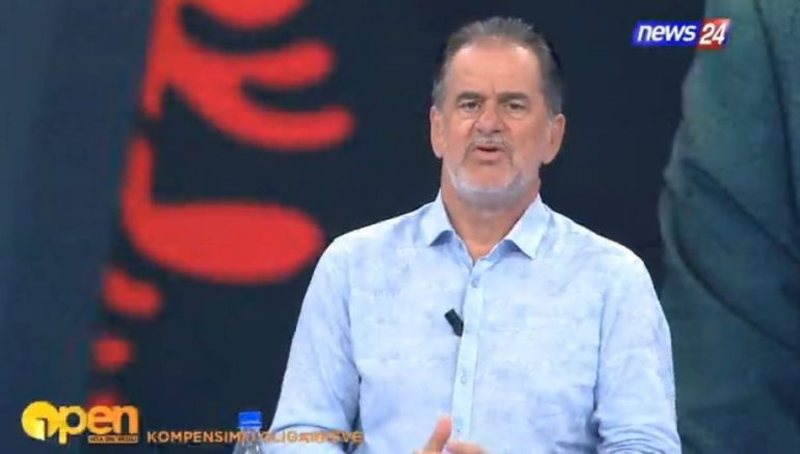 Tonight on the Open show, analyst Artur Zheji spoke about the Kardhiq-Delvinë road scandal, who said that this case is a great abuse, as it is about tripling the cost of the road. Meanwhile, analyst Fatos Lubonja said that this also happened in the case when the DP ruled, with Rruga e Kombit, where there were accusations.

They also talked about the normative act.

Lubonja: Analyzing why they are given only here the question arises; that we can interrupt a tunnel. And they talked about the Kardhiq-Delvinë road.

Zheji: It is horrible, robbery. That we know if it is subsidies. It is a tripling.

Lubonja: The biggest corruption has taken place in the streets. The DP has also been accused of Rruga e Kombit. We have in tradition. The 20 millionaire of the Ring was mentioned. It is not known where they went to someone. These people are connected. There is the most efficient way to enrich them themselves. Better to make half of the Nation Road and then build some roads in the North. In this respect, why did it happen that way? Whether for propaganda and corruption. This logic continues. We have many roads, but we lack many basic things. In this aspect, where that money can be put, is a lot

Zheji: We do not even have a union, what Brace is doing is unionism. To say names is abuse. Brace makes the alibi that this government is still left-wing. I wish there were some Braces. But so far he makes a catharsis. This is either a government in the service of the oligarchy, or there is a trend of oligarchy. The time has come for no more denunciations in general. He knows very well who he is talking about. The article is sewn as a suit for any particular business. That allusion to make us public. We have said in exhaustion. This is a sinless normative act so far. I can not judge.

Zheji: The Palace of Brigades is being given a concession, this is a horror. With parrot and,….

Zekthi: The service that should be done to this thing is to be fair and not to make populism.

Bozdo: How can you name names when he refuses. But where do you take these 80 million euros ?! That's it. We have denounced the Kardhiq-Delvinë road with facts and data. The data are. The data will be made through the Treasury. It will be understood to whom this goes. It has been in the government's interest to close the case.

Zheji: The scandal of 40 million of the entrance of Tirana has held the directorate hostage, and there have been accusations. He has held all of Albania hostage.