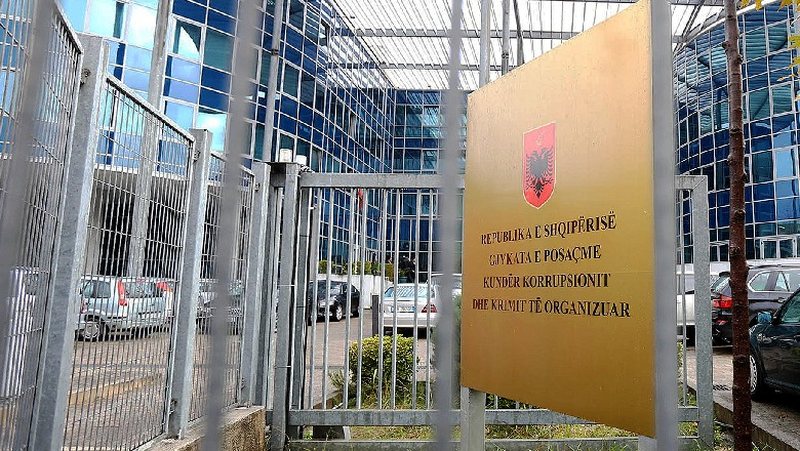 The Special Prosecution SPAK is learned to have launched an investigation into Ardian Hajdari, a member of the Special Appellate Panel. He is accused of forging documents, in the race to be elected a member of the second instance of vetting years ago.

Hajdari was criminally charged in June 2020 by former magistrates Antoneta Sevdari, Elsion Sadiku and Ervin Metalla. All three of these former magistrates have been fired by vetting. Earlier, member Luan Daci was also charged, who is now permanently out of the justice system because the accusation of forgery against him was confirmed and he was convicted.

"Suspicions are created that he has generated income from advocacy during 2017, but he has not declared them in taxes and, consequently, he has not declared them even in his declaration of wealth", claim the complainants who ask questions how they were dealt with from him the living expenses and how the fixed taxes for the exercise of his activity have been paid ”, it is stated in the report submitted to SPAK.

Two days before the grand final, the Director of the Port of Durres shows what is happening: He has landed ...

What happened? Ardit Gjebrea sits for the first time on the bench of the accused in 'See you in court', Eni Çobani opposes: We have facts!

"It is impossible to trace", the journalist shows the programs used by criminals for trafficking and murder: It is very easy!

Details from the powerful explosion in Shkozet are revealed, two people are injured, the Police reacts

I got out of the car and fired at him, I saw a woman in the car ... / 'Killeri' Henrik Hoxhaj tells another sensational event, comes out after the assassination attempt on the "strongman" of Tropoja and dismantles the whole scene

"I brought him a spinach pie, cooked by my mother" / The last assassination, the testimony is revealed: How Nuredin Dumani realized that he was betrayed

Shocking EVIDENCE / Erion Alibej's message after killing his brother, Henrik Hoxhaj shows the scary details, shows the amount of 90 thousand euros for the elimination of this famous character: Here is how we did the "job" and where we hid the evidence