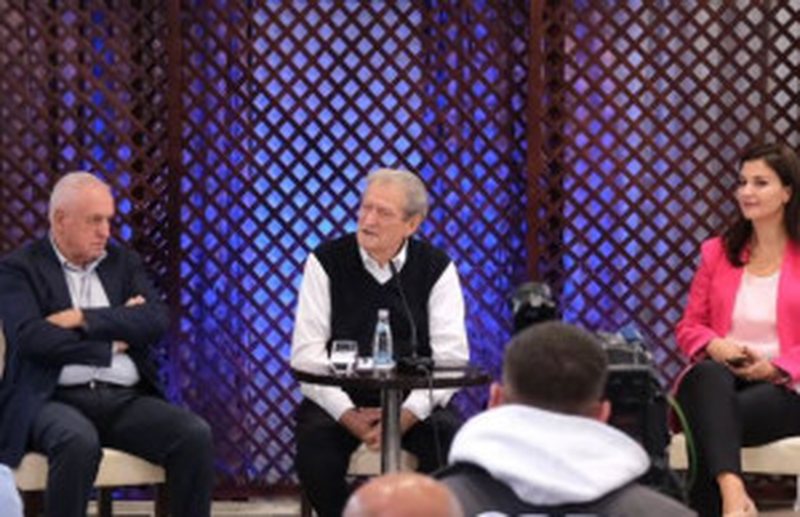 Former Prime Minister Sali Berisha has accused the government of having deleted all data from the TIMS system, being camouflaged after the cyber attack by Iran.

During a meeting with the citizens of Gjirokastra, Berisha stated that the government destroyed the data because it was related to crime and gangs in the country.

Berisha: They are afraid of the word. When they are afraid of the word, they are hopeless, they will fail, they will lose. We have to work hard and we have to do everything to pull with us every Albanian citizen who believes that his country is going in the wrong direction. Every citizen who saw that this country is crumbling, a straw country. Its digital infrastructure collapsed. Iran obviously did interference and aggression, but that's how much interference the government did. For the interests of the crime deleted the TIMS system. They lie and only lie when they say we have the data.

Touching farewell of the mother of the 21-year-old who was hit by the Albanian: 'Goodbye my soul, see you again'

"Albanians are being brainwashed to come to Britain"! British media article about the Albanian rapper

Serious scenes/ He mistreated the minor with autism, the moment when her family members rape the doctor (Video)

Scary/ The warehouse is engulfed in fire, three apartments are at risk from the spread of flames

Serious/ Crashed by the Albanian in the middle of Thessaloniki, a new life is lost

The accident with two victims on the Tirana-Durrës highway, shocking details are revealed: the driver under the influence of alcohol, has been imprisoned several times

The police make a name for themselves, arrest 128 people in one week, thousands of euros, weapons and drugs seized (Details)

The snow whitens Korça, a strong appeal is made to the drivers, the situation is presented

Two victims and one in a serious condition, the terrible images from the accident on the Tirana-Durres highway are published