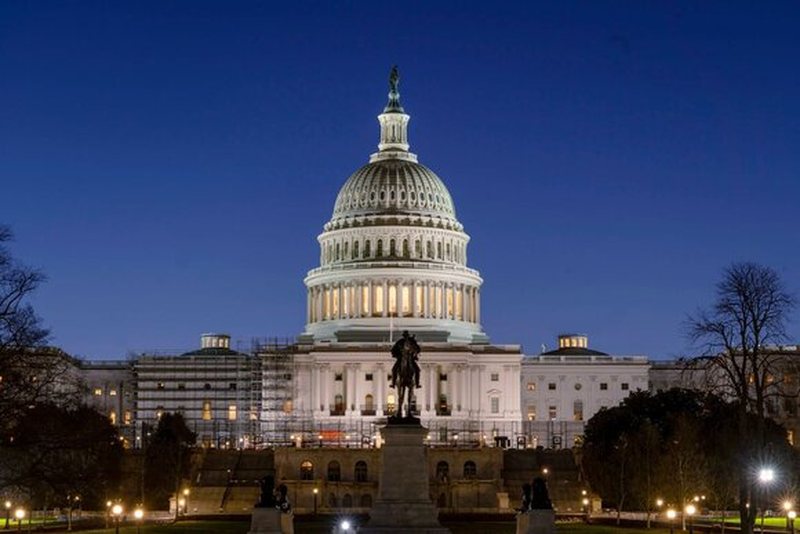 The co-chairs of the group of Albanian issues in the American Congress presented today in the House of Representatives a draft resolution strongly condemning Iran's cyber attacks against Albania.

The draft resolution drawn up at the initiative of New York lawmaker Ritchie Torres calls for the continuation of accountability for those who organized the attacks, as well as calls for the strengthening of Albania's cyber defense.

"It is essential to condemn the multiple Iranian cyber attack on Albania. Iran methodically tried to undermine Albania when it undertook dangerous cyber acts. Iran is a dangerous regime that will continue its efforts to undermine and destroy Albania if it is not restrained", says legislator Torres in a statement about Albania.

The draft resolution, the text of which has been seen by VOA, encourages the United States' continued coordination with Albania to ensure that its cyber security mechanisms are capable of defending against intrusions and attacks. potential cyber futures.

In addition to Mr. Torres, the draft resolution is authored by the other three co-chairs of the Congressional Caucus on Albanian Affairs, the other Democrat lawmaker Jim Himes and the Republicans Lisa McClain and Robert Aderholt.

On September 7, Albania accused Iran of being the author of the massive cyber attack that hit the government's information technology systems on July 15, paralyzing all online services for several days.

Prime Minister Edi Rama announced the termination "with immediate effect" of diplomatic relations with this country, due to this attack.

That same day, the United States condemned the cyber attack on the NATO ally and said it had concluded that Iran was behind it.

The spokesperson of the National Security Council, Adrienne Watson, said in a statement that "The United States supports the call of the Prime Minister of Albania, Edi Rama, that Iran be held responsible for the unprecedented cyber attack."

The United States, the statement added, will take further measures against Iran for the attack that threatens the security of an ally of the United States, as well as for the dangerous precedent it sets for cyber attacks.

On September 9, the United States announced the imposition of sanctions on the Iranian Ministry of Intelligence and Security and its minister Esmail Khatibi for engaging in cyber activities against the United States and its allies, including the cyber attack on Albania.

Iran’s cyber attack against Albania disregards norms of responsible peacetime State behavior in cyberspace. We will not tolerate Iran’s increasingly aggressive cyber activities targeting the United States or our allies and partners. https://t.co/Ty0ca4RYY5

Spoke with Albanian Prime Minister @ediramaal to express solidarity and support after the September 9 cyberattack against Albania. We will not tolerate cyberattacks targeting the United States or our @NATO Allies.

In an interview with VOA, White House Deputy Advisor for Cyber ??Technology and Development, Anne Neuberger, said the immediate sanctions against Iran were part of a strategy to hold irresponsible actors in cyberspace accountable.

"This is the reason that when we saw the Iranian attack on Albania, which cut off the services of the Albanian government to its citizens, we and other countries denounced it to hold Iran accountable, to make it clear that Iran was behind it, and to imposed consequences", she said./ VOA

With rain and storms, find out what is expected to happen today with the weather in the country

Arrest warrant from Spain for fraud with Call Centers, the latest police move for Armant Josif is quickly revealed

Video that is circulating quickly/ The Albanian boxer defeated the Serb in the middle of Germany, the young people dance

Serious, the man finds a tragic death in Durrës

The government's action to confiscate buildings without permission faces criticism!

Serious details emerge from the crime in Greece, the testimony of the Albanian who killed his girlfriend is disclosed: I had taken cocaine

Serious accident on the Tirana-Elbasan highway, victims are reported