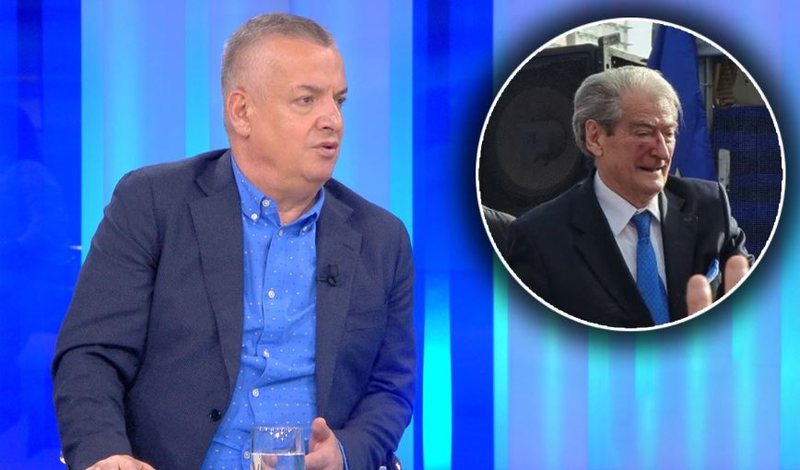 The well-known analyst Mentor Nazarko expressed in the ABC Live studio in a conversation with the journalist Sibora Bitri that 'I find it easier to believe that this is a staging of the secret services that are hostile to Albania, the way the summit was being held, the importance his majesty, as it seems logical, that hostile countries with Albania, I am not in a hurry to give such a name, because I have no evidence'.

For Nazarko, Rama was not interested in creating an incident for the opposition or Berisha in particular. According to the well-known political analyst Mentor Nazarko, it was more in the interest of a secret service of a country hostile to Albania.

It reminds me of a similar incident at the beginning of 1991 in the same place. Where DP protesters learned a legend that Ramiz Alia, who was seen positively at that time, was arrested by Nexhmija Hoxha. Neritan Ceka calmed down the demonstrators. That part of the boulevard at another moment in history is the place where such a scenario was stopped', said Mentor Nazarko.

Nazarko emphasized that beyond human solidarity with what happened to Mr. Berisha, we are now in the field of politics, and Berisha is the defender of that theory that everything is justified in politics. He is interested in this issue remaining in politics for a long time. It resembles Enver Hoxha's synoptic picture that had to justify Mehmet Shehu's suicide. Berisha, who also comes from that political culture, offered a synoptic picture of what happened. A quote by Mark Twain says that in a great mountain of lies, there is a thread of truth. I don't know where the thread of truth lies. I don't find it convincing', said Nazarko.