The detainees of the "Golden Bullet" / Here is what is expected to happen today in GJKKO, who are the 18 most dangerous of the sensational criminal events 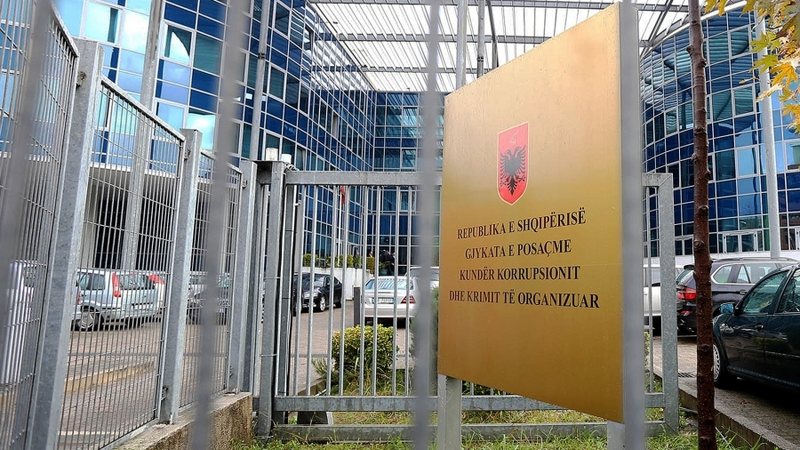 Eighteen people for whom the SPAK and the State Police have executed arrest warrants, in the framework of the "Golden Bullet" operation, which has uncovered some of the most sensational criminal events that have taken place, will appear today in the Special Court, GJKKO. occurred in our country.

It is not known whether the persons who will appear before the GJKKO today will be divided into groups or will be all together to get acquainted with the court decision.

Leonard Palushi, a police chief among those arrested, who according to Duman was one of the informants of criminal groups, also appears in court today.

Referring to the file data found in the court decision, it is noted that the 32 persons involved in the file have committed a total of 23 serious criminal acts, of which 8 are murder, 7 attempted, 6 violent robbery and 2 destruction of property with explosives.

These are events that the SPAK claims to have uncovered and for which there is sufficient evidence and facts to put them in the dock.

These are events that the SPAK claims to have uncovered and for which there is sufficient evidence and facts to put them in the dock.

9 PERSONS WHO HAVE BEEN ARRESTED

If you see this shape on the surface of the water, get away immediately! Here's what you're at risk of

"I will kill you"/ The tragedy is prevented in Tirana, the boy threatens his parents with a knife

"I wanted to put the scissors in myself"/ The bride went from Dibra to Saranda, the woman recounts the drama of her life: I was forced to marry a man with mental problems!

The bonus is approved/ Salaries are increased for this category. Manastirliu announces the decision

"Fictitious companies are not the real evaders", the well-known journalist reveals the behind-the-scenes of the incinerator scandal: It will be shocking for the foundations of the state!