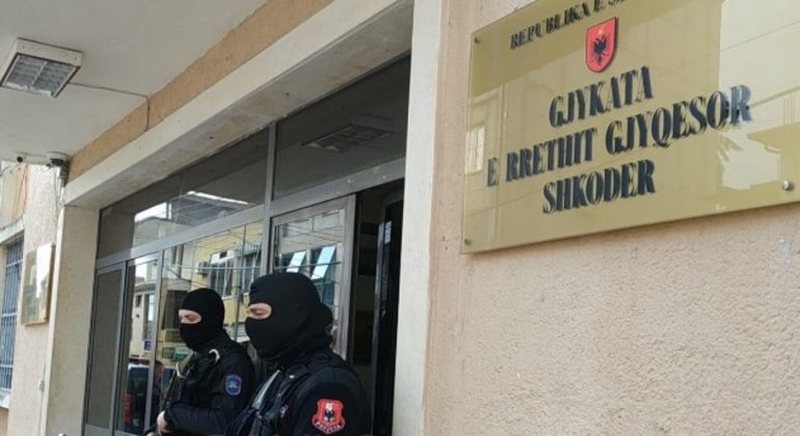 The testimonies of the suspected perpetrators of the murder of former MP Pashko Ujka, given today before the court, have been uncovered.

The suspected perpetrator, Kristjan Kelmendi, is said to have told the court today that his father had a friendship with the victim and that he and his son were at school together. He said that together with Mirjan Kola they were in Kosovo and on the way back they were arrested. Meanwhile, the family members of the former MP have stated to the police that Kristjan Kelmendi is the author of the event.

"My father had a conversation with Pashko because I am friends with him. I also have Pashko's son as a friend because we were at school together. My father and Pashko were also friends. Pashko told his father to give him the money for the house they sold us 11 years ago. It was about a sum of 20 thousand that at that time Pashko said that he did not love. My father told her that it was a closed conversation and I know we did not have any problems with that conversation and my family continued to stay in that house. I recently wanted to leave Italy for England for a better life but I was caught and sent back to Albania in an attempt to flee to England. When I arrived I met Marjan by chance who told me that he would go to Kosovo to buy clothes. I told him I was coming with him because I had a father in Kosovo and I wanted to meet him. We left on November 28 in Kosovo and on November 29 we were also there. So on the night of the murder on November 29, Marjani and I were in Kosovo. At that time we were in the market buying clothes and then we went to a shooting range there for fun. "On our way back to Albania, they arrested us," he said.

Meanwhile, Marjan Kola is learned to have stated that he has nothing to do with the murder, staying in the same line of evidence with Kelmendi.

"I have nothing to do with the murder. Kristjan's father is my friend. We met by chance and I left together for Kosovo as I wanted to buy clothes and Kristjan wanted to meet his father. On the night of November 29, when the murder took place, I was in Kosovo with Kristjan and I had no knowledge of the murder or anything else. "On November 30, we were returning to Albania and only when we were arrested," he said.

The arrest of Kristjan Kelmendi and Marjan Koles was made when they were returning from Kosovo to Albania and not fleeing towards Kosovo as claimed by the police. On November 28 and 29, the passage to Kosovo was free but also from Kosovo to Albania without registration due to the Independence and Liberation holidays. Defense lawyers Agim Martini and Ardjan Brunga have requested that the security cameras of Morine be taken, the security cameras at the firing range because it is alleged that it corresponds to the schedule when the murder took place and they have requested that the car they were driving returned from Kosovo to Albania to be opened because the defense claims that inside are the clothes they bought in Kosovo along with the relevant invoices.

The Tirana-Durrës highway was covered by wheat, the police responded and clarified what happened: It is suspected that...