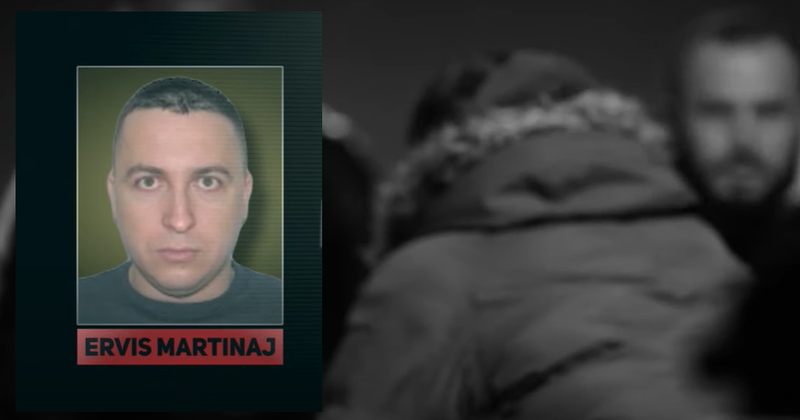 The clash between the Duka and Ervis Martinaj brothers' clan seems not to have started and ended with the killing of each other's 'soldiers'. "Inside Story" has brought back the already made public story, that Ervis Martinaj ordered Santiago Malko to take a hostage and rape their father. The whole incident was reported earlier, but there was no official report of any kind.

"Santiango Malko is rumored to have taken a hostage for several hours and raped the father of the Duka brothers. It is an episode that has not been proven and has not been reported," the documentary says.

Former policeman Santiago Malko was executed on the evening of August 27 in the "Xhamllik" area in Tirana, in his "BMë X5" type car. Filed for a series of criminal events, Malko had also entered the state administration. For the murder of Malko, the prosecution accuses 8 people, where the two brothers Duka, Leonardi and Erlisi are at the head of the group. The Duka clan, accused of the murder, consists of: Leonard Duka, Erlis Duka, Ilir Selmani, Oltian Loga, Ervis Metani, Fatmir Hyseni, Dritan Agaj, Aleksandër Maxhaku and Xhoni Nica.

The footage comes out! Here's what the 35-year-old was doing just 1 hour before he shot him to death (VIDEO)

The doctor raises the alarm about prostate cancer: After the pandemic, cases are more...

Knives fly in Tirana, the 46-year-old is seriously injured, the first details

He killed his ex-wife who was 9 months pregnant, shocking details are revealed. The police were negotiating the handover of Sokol Halil, when he left the house...