Burning temperatures, worried meteorologists: Temperatures 10 degrees above average in the largest cities! This is alarming 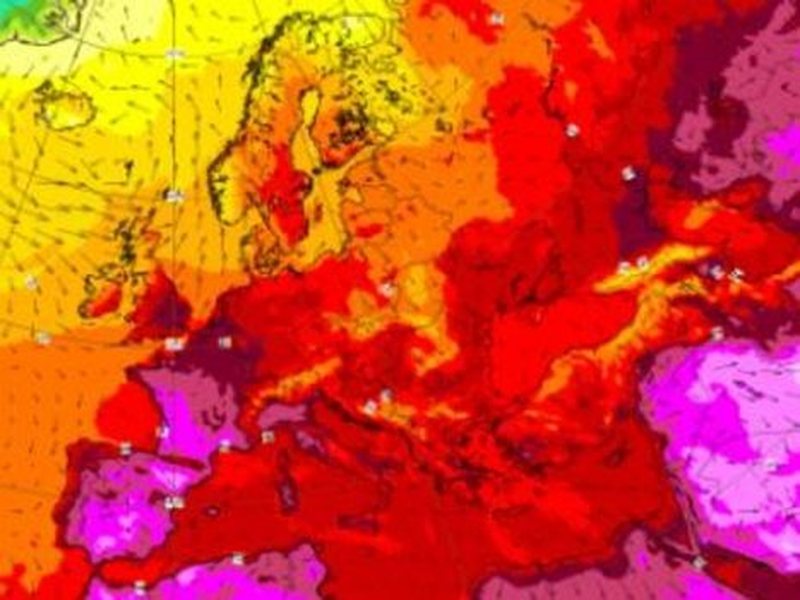 A heat wave has swept across Europe, with temperatures reaching up to 10 degrees above average.

According to meteorologists, the heat wave in Europe comes as a result of the African anticyclone, which has created a layer of heat mainly in Western Europe. "Temperatures are similar to those observed in July or August. In some parts of Spain and France, temperatures exceed the average for this period of the year by more than 10 ° C, breaking many monthly records. "This is combined with the drought in many parts of Europe," warns the World Meteorological Organization.

This is an alarming situation for the whole world, so they emphasize that the heat "proves the taste of the future", thus warning of major climate change. "Due to climate change, heat waves start earlier and are becoming more frequent and severe due to record concentrations of greenhouse gases blocking the heat. "What we are witnessing today is a taste of the future."

Italian media report the situation in some of the largest countries in Europe and the US, where measures have been taken to avoid going out during peak hours, which range from the cancellation of concerts to the suspension of agricultural work.

In France, since last week, concerts and public gatherings have been suspended in some areas of the country, particularly in the Bordeaux region where the thermometer has reached 43 degrees. Paris also peaked at 39 degrees a few days ago. The use of air conditioners has forced electricity grid operators to import energy from neighboring countries.

In Spain, May was the hottest month in the history of the Iberian Peninsula, and the same situation occurred in June. Here the main alarm is given by fires: 20 thousand hectares of forests have been destroyed in Catalonia. Temperatures of up to 45 degrees are expected in the south of the country. Spain is also struggling with drought: in the spring the rainfall was 25% less than normal.

In the UK, the British Isles are slightly affected compared to the mainland. This did not prevent Wales from experiencing temperatures of 33 degrees for several days, an absolutely abnormal heat for the region. A third level health alarm has been issued in London.

In Italy, hundreds of mayors have already had to limit their use of drinking water, especially in the north but also in the south. In Puglia Governor Michele Emiliano has signed an ordinance banning the heaviest work (starting with agriculture) in the central part of the day, from 12:30 to 16, until 31 August.

In the United States, the situation is particularly critical in California, where drought has been going on for three years. In many parts of the state, the use of water for some household purposes is already banned, such as watering gardens.