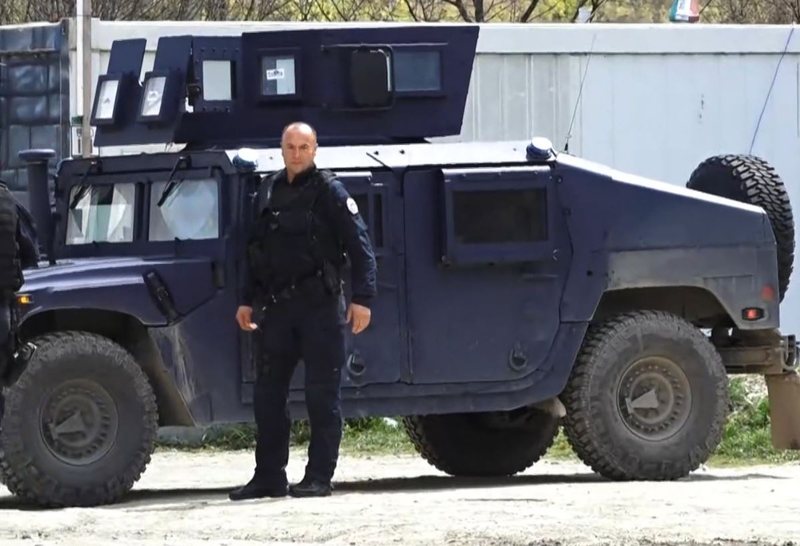 For several days, the situation in the north of Kosovo has been tense. In North Mitrovica, there have been gunshots, grenade explosions, but also pressure on CEC officials. In the late hours of Thursday, a police officer was injured in the Bosnian neighborhood in Mitrovica, while two journalists were also attacked on Friday morning.

Based on this situation, the government of Kosovo has decided to deploy a larger number of police forces in order to maintain the safety of citizens. This was also said by the Minister of the Interior Xelal Sveçla, who assured that the increase in the presence of police troops is not intended to aggravate the situation, but to calm it down.

While on the other hand, the head of the Office for Kosovo in the Government of Serbia, Petar Petkovic, said that "Kosovo Police has no right to go to the north" and that Serbia "will consider sending its 1000 security forces" to the north.

The Serbian representatives resigned in early November in protest against a decision by the Kosovo Government to re-register cars with illegal Serbian license plates in the north.

This also led to the appointment of an election date by President Osmani, who decided December 18 as the most suitable date. In the four municipalities in the north - North Mitrovica, Leposavi?, Zveçan and Zubin Potok, local elections are expected to be held, but Lista Serbe, which is the largest party of Serbs in Kosovo, which has the support of official Belgrade, opposes their holding.

Considering the created situation, the American ambassador in Kosovo, Hovenier, asked for the postponement of these elections until the normalization of the situation.