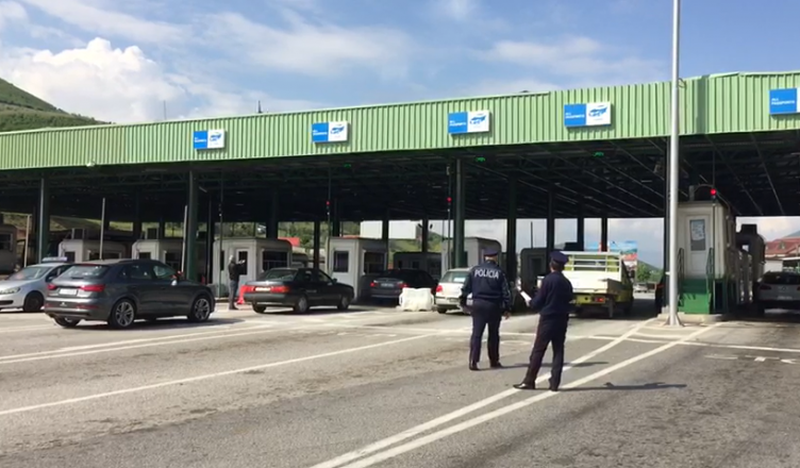 A 43-year-old man with the initials BS from Kosovo was arrested at the border point of Morina with a stolen vehicle.

According to the police, the car belonged to a state institution in Kosovo. The media in Kosovo write that it is about the car of the Minister of Infrastructure, Liburn Aliu.

The 43-year-old is charged with the criminal offense "Trafficking of motor vehicles".

He tried to cross the border with a stolen vehicle, owned by an institution of the Republic of Kosovo, he was put in handcuffs.

In the PKK Qafë Morinë, at the entrance of the RSH, the Border Police services, following the work to combat cross-border crimes, as a result of selective controls, have moved to the second line for a more detailed control, the "Audi A3" type vehicle. , headed by citizen BS, resident in Obiliq, Kosovo.

During the verification, it turned out that the vehicle that the 43-year-old was driving was stolen in Kosovo and was owned by a state institution.

At the end of the procedural actions, the specialists for the Investigation of Crimes at the Tropoja Police Station arrested in flagrante delicto, for the criminal offense "Trafficking of motor vehicles", citizen BS, 43 years old, resident of Obiliq, Kosovo.

The materials were passed to the Prosecutor's Office at the Tropoja Judicial District Court, for further action.