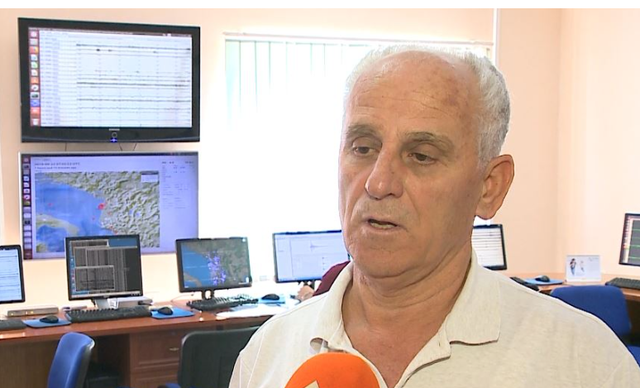 The 6.3 magnitude earthquake that hit Greece today was also felt in Albania. Seismologist Rexhep Koçi says that there should be no fear for our territory. According to him the Aegean arch has another tectonic relationship with our western part. Our region, further said Koçi has good luck for the climate, but bad luck for the fact that it has high seismic activity.

"The Balkan region is not only now affected by earthquakes, it has occasionally been affected by magnitudes 5 and a half to 6 and over 6, like our earthquake in November last year.

But what we can say is that it is not said that it has been touched in Turkey, the Aegean arch in the Greek islands and this one today in the corridor of Patras, which has a canal, is not the thing that they operate in unison. It does not work, it was touched there, it was touched here, it is our turn, it does not work that way.

The Balkans from time to time, due to the fact, the geological structure and the position in the tectonic aspect, which it occupies, which is the southern part of the Eurasian plate that confronts the African plate, also leads to the generation of earthquakes. This frequency has no law, there are periods, we can not issue any rules. We as seismologists can not agree with this work. The Aegean Arch has a different tectonic relationship than our western part, it is affected by earthquakes but does not have the same relationship with tectonic units. There is no fear for our territory. Our territory can be affected at any time, but not be tied, because it fell in Greece today and in Turkey tomorrow and then it is our turn. That if it were so it would be good that we would take action.

Our bad luck that we are in this position, but our our good luck that we have sun, sea, mountain. Bad luck having high seismic activity. "But you will not find our climate anywhere," he concluded.