"The ball is in Brussels' court", Brnabi? reacts to the resolution of the European Parliament: I am not clear 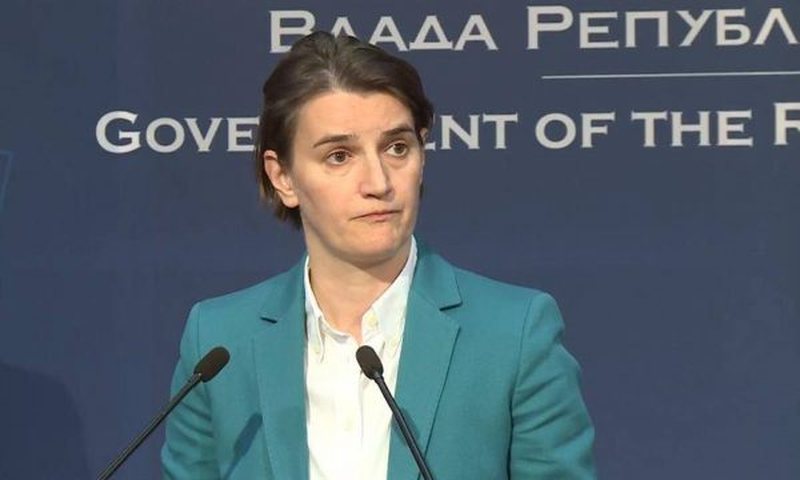 The Prime Minister of Serbia, Ana Brnabic, says that she is not clear about the resolution of the European Parliament, which was approved yesterday, calling for Kosovo and Serbia to reach an agreement based on mutual recognition.

Brnabiç said that the document does not belong to the European Commission, as the Commission says one thing, while the European Parliament says another, writes Pink.rs.

She added that as far as she is concerned, the "ball" is in Brussels' court.

"And it is simply significant, important, interesting for me... to see how exactly they will change the negotiating position when you have five EU member states that do not recognize the so-called Republic of Kosovo. And how then do they ask us to do something that is not respected by all EU member states?", said Bërnabi?.

He robbed the jewelry store in Lezhë very close to the police station in Lezhë, the 17-year-old perpetrator is identified

Sad/ The dog is hit by a car in Tirana, while his 'friend' sits on his head and protects him (Video)

He tried to introduce cannabis into Rrogozhina prison, the 65-year-old suffered badly, this is where he hid the drug

The jewelry store is robbed 100 meters from the police station, the owner follows the thief and...

"They're making fun of us"/ The British journalist explodes at the Albanians who go to England: They are the most dangerous mafia, they are taking control of the cocaine traffic

They took part in "American Got Talent" in the USA, Yuri Kim meets the Albanian brothers: They have charmed the world with their talent, we cheer...