January 9 tragedy / Family members land in front of SPAK, Ndoc Bjeshka makes the shocking statement: I have not found the boy's body yet, here is who disappeared (Mention the name of the minister) 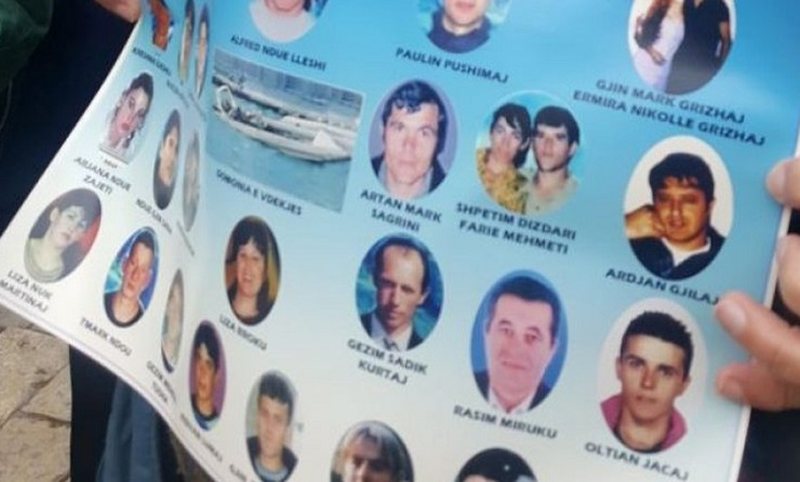 In front of the SPAK building, the relatives of the people who lost their lives in the tragedy of 'January 9' on the coast of Vlora have arrived. The relatives request that he be investigated by the Organized Crime Prosecution.

According to them, the state structures have a hand in hiding the 8 bodies of their family members, which to this day have not been found yet.

Ndoc Bjeshka, who lost his only son in this tragedy, stresses that this event should be clarified. According to him, the Italian state has stated that dead bodies have been found which have been hidden by the Albanian state itself, while mentioning the name of Sokol Bizhga.

He accuses the then minister Pandeli Majko and other officials, who according to him have not made any effort to rescue the young people, who were left for hours at sea.

"There are 8 missing people, among them my son, who I have not found the bones yet. "It was Sokol Bizhga who disappeared the bodies, we ask that all the officials involved be questioned, including Pandeli Majko who was a minister", said the father of one of the boys who has been missing for 18 years. .

They say that the Vlora prosecution has not conducted any investigation, and has not brought any person to court regarding this tragic event. Most of the victims of this tragedy were from the north of Albania, and had set off for a better life towards Italy.

Recall that in the tragedy that occurred on January 9, 2004, 28 people lost their lives, 8 of whom have not yet been found.