Caught with 7 thousand euros 'cash' and 1 kg of cocaine in the car, the 35-year-old Albanian drowns in Italy 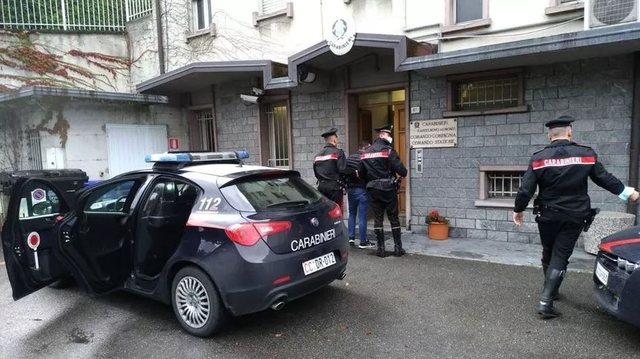 A 35-year-old Albanian ended up in the hands of the Italian police, about a month after the arrest of two Albanian brothers, with whom he cooperated.

Last October, two brothers, aged 37 and 33, ended up in handcuffs for the drug trade. Subsequent investigations by the carabinieri shifted attention to one of their compatriots, Petrit Piraj, 35, living in the village of Bosco.

Following a search warrant issued by the prosecution, the police visited the Albanian's apartment yesterday morning, where they found about a kg of cocaine hidden in two cars.

Also found were the 6,500 euros he had in his pockets, a dozen cell phones and a notebook hidden under the bed.

Nora Malaj in mourning, shares the bitter news: You have shocked us to the core, I can not say goodbye!

"The pandemic has entered an unknown phase", the well-known Albanian doctor gives the important announcement

Eni Vasili asked him about the unexpected decision, the head of IPH shows the reason: In the statements of politicians there are two things that ...

Iris Luarasi makes a strong statement, denounces the big problem in the Albanian society and calls: To change ...

He suspected that he had a coronavirus, the man from Berat undertakes the extreme act against himself, the serious details are revealed

"Most likely the scenario is that…", VOA reveals details from the decision of the Ministry of Health for online learning

Serious accident / Injured 5 people, among them a 9-year-old child

Erion Dasho gives the alarm: Here is what worries me about the pandemic in Albania

"He spat on me as much as he wanted when I interviewed him, the next day he came out with Covid-19", the famous Albanian journalist tells the story that surprised the moderator

Albana Osmani can not hold back her tears, she shows her most difficult moment in life

Moderator Albana Osmani After she managed to do the best job for Orjola Pampuri,...

Tears burst into tears Albana Osmani, who is the boy who made the moderator cry in the middle of the show

Moderator Albana Osmani was surprised by her nephew, Henry, who dedicated some e...

"The tears were not emotional", Elvis makes the statement that surprised all the competitors on Top Channel after the romantic dance with Tean

Tea and Elvis are among the most talked about couples of recent times in "Per'pu...

He did not remember the important detail, his partner waited briefly for Olsi Bylyku: Do not come home tonight!

Melissa, already known because she is part of the most watched Albanian show "P&...

Sara worked a trick on him and pretended that the waters burst, Ledri does not give up, he wants to ...

Yesterday Sara worked a trick on Ledri, pretending the waters had burst. The r...

Do not try to lipstick the black capitalist system

The heroic KLA of the heroic Albanian nation

Oxford vaccine a success, but… beware of vaccin...

The grotesque of a society that claims democrac...