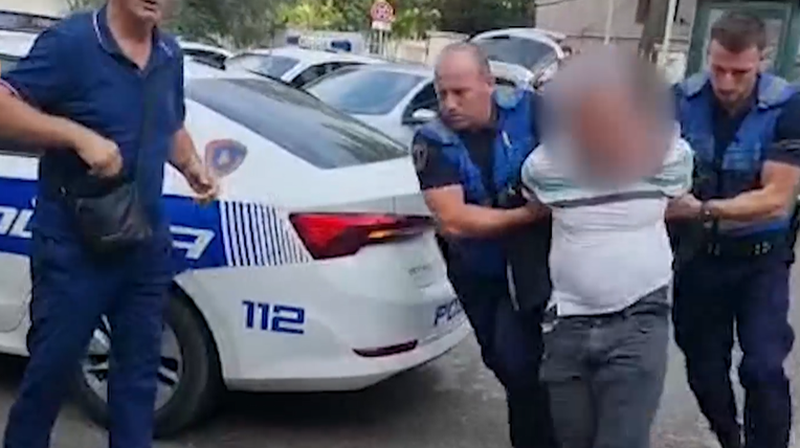 A serious incident happened a few days ago, where the owner of a collapsing apartment, Qani Muça, wounded with a gun two days ago the employee of the Territory Protection Inspectorate, Ilirjan Gavelli.

In the prosecutor's investigation file, it is stated that the IMT employee was injured after a fight with Muça.

Meanwhile, the injured inspector testified that he was photographing the collapsed building by IMT when he was confronted with insults from the 55-year-old man and saw a pistol pointing at himself.

"I instinctively jumped and caught him since I was 2-3 meters away from him. The moment I grabbed his gun, he fired it and I felt the bullet hit me in the stomach. I continued to struggle with him to take the pistol away from him, but as I remember, the pistol fired a second time, while I continued to keep Qani Muca's gun blocked from my hands. Although the police officers approached, he continued to hold it and resisted. As far as I could see, he was drunk and smelled of alcohol", said the employee.

While the police officers, who have given statements about the event, have affirmed that they were there in support of the IMT action, when they heard the shots.

According to one of them, at the time of escorting Mucha, he said "they should all be killed, because they are criminals".