It was said that Eva Dumani did not want to return, my uncle recounts the creepy details: He chose between himself and his brother, if Endri would stay for 1 month in "Al Hol"… 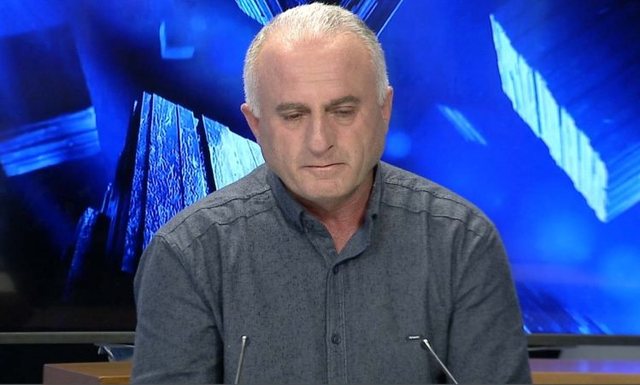 Eva Duman's uncle has narrated some horrifying details from the rescue operation of Albanian children in the hell camp "Al Hol", in Syria.

In a connection with "Skype" for the show "Real Story", Xhetan Ndregjoni said that it is not true that 14-year-old Eva Dumani did not want to come, but according to him she had fear and pressure inside the camp.

Uncle Ndregjoni pointed out that Eva made a choice between herself and her brother, and chose to save her brother, as he was in serious condition and if he stayed in that camp for another month, he would not live anymore.

"I am ready to give everything just to return my niece to her homeland. There are no words to comment on the footage of the moment of the mother meeting with Endri Duman. Those images are just pain, which have accompanied us for years. I see circulating that he did not want Eva to return. Eva is 14 years old, I have lost contact with her. I have not stopped since he left. I managed to contact a lot of people. It is very serious and very dangerous to say that Eva refused to come. We saw the camp sequences. Do you understand what is done there? There is an unprecedented quagmire. Look at the pictures and say how those people should think. It is not very easy, that I have tried 7 years in a row. I have not left anyone without contact. My desire to get it was great, but the guarantee was small. She was afraid to come back, but perhaps there was also pressure within the camp. She has made a choice between herself and her brother. He brought his brother, because he was in a very bad health condition, very serious. "If Endri spent another month in that camp, it would not be anymore", said my uncle.

Operation "blitz" in many cities to catch the "bosses" of crime in the country, the police come up empty-handed again, here are those wanted to be caught

He responded with a firearm to the killer of his friend Taulant Beqiraj, Sali Zeneli is arrested after more than 1 year in Vlora, this is how the serious event of March 3, 2021 happened