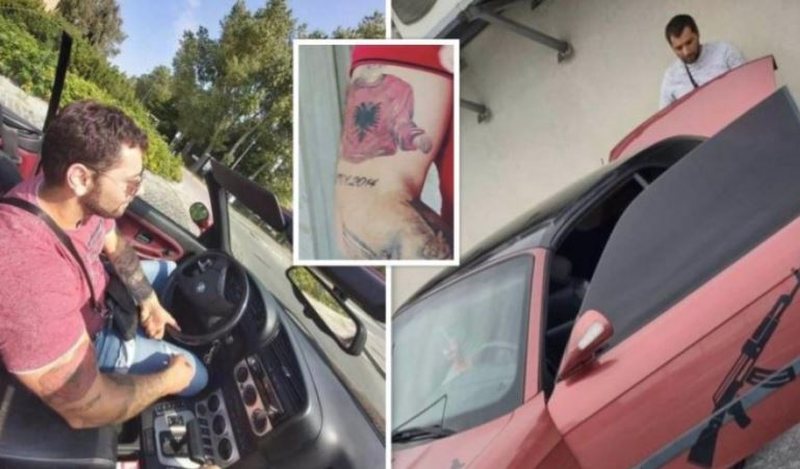 Nagip Zuberi, the uncle of 28-year-old Artan Zuberi, who died in "Sremska Mitrovica" prison in Serbia, said that the reason why his nephew was arrested at the Kosovo-Serbia border was the tattoos on his body with the national flag, as well as a photo with a Kalashnikov weapon that was in the vehicle in which he was traveling to Norway.

"Artan's arrest happened one year and two months ago, approximately. His family members found out about his arrest sometime after a week. After they found out that he was arrested by the Serbian police and is in prison because of the vehicle, where he had a picture of a Kalashnikov weapon, the family members immediately went and hired a lawyer from Norway. His social educator since childhood intervened through the embassy to transfer him here. "The parents had gone to Belgrade, when he had already been sentenced as an Albanian terrorist for three years," declared Zuberi.

He stated that he believes that Artan lost his life after the torture that was done to him while serving his sentence, as well as after the fire that engulfed the prison on November 21, 2022. He indicated that when the fire broke out, the doors of the pavilion were closed eight hour.

"On November 21, the prison burned down in ward number 2. We have reported the case to Norway, as Artan is a Norwegian citizen, he was born there. Artani has tattoos all over his body, callas on his back as well. Artani came from Serbia to Kosovo. On his return, he was caught by the Serbian police at the Kosovo-Serbia border. Artani passed away on November 21. He loved his country. He drew the flag according to his wish. Like the young guys who get tattoos. In my opinion, there is great abuse behind. The last one was when they burned down the prison, burned down ward number two for eight hours. There are also other prisoners there, not only Artani. Through the newspapers, the Serbs gave the news that four guards were injured, and they did not report that there were any deaths."

Nagipi added that he has an audio made by a prisoner from Syria, who, according to him, told about the torture that the Serbian guards carried out in prison against Artan.

"The brother of a Syrian also has a recording, who told him how they tortured Artan in prison. As the Syrian said, he didn't even dare to leave, because the moment they saw his tattoos, they beat him."