Temperatures drop significantly / Frosts grip the place, from south to north they wake up whitened by snow, here is the situation in Kukës, Dibër, Tropojë, Korçë and Pogradec 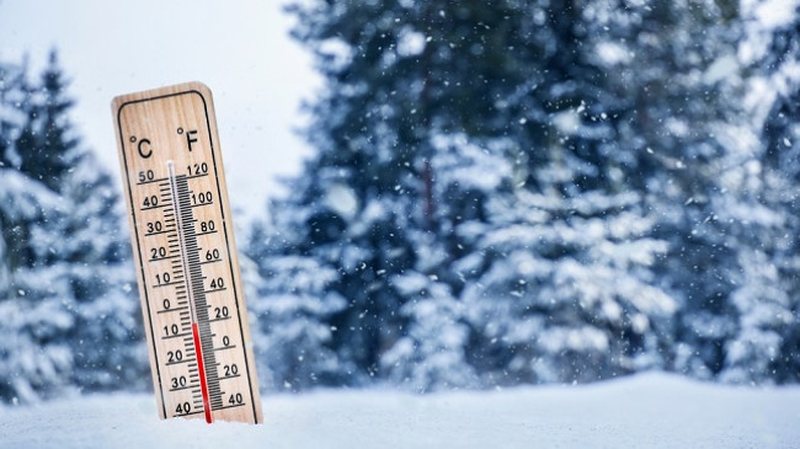 Since yesterday evening, temperatures in our country have marked a significant drop, especially in mountainous areas. In Dibër County, the sudden drop in temperatures has caused the place to be gripped by ice. At an altitude of over 500 meters above sea level there was also snowfall.

The most problematic situation occurs in the deep units of the Municipality of Dibër, such as in Lura, Kala e Dodës, Arras, Selishtë, Sall - Dardhë, Reç and Sllovë where the thickness of the snow varies from 10 to 20 cm.

Meanwhile, the national roads Peshkopi - Tirana and Peshkopi - Kukës are passable without problems.

In some areas of the Tropoja basin, temperatures are currently 5 degrees Celsius and there are problems with electricity supply. Out of 14 villages, 5 have been without electricity for days.

In some parts of the deep mountainous areas the temperature goes down to -8 degrees Celsius.

The snow leaves the villages of Kukës and Tropoja without light

Almost the same situation is reported from Kukes and Tropoja, where there was heavy snowfall, where it brought the first problems.

The thickness of the snow in the high mountain areas like Shishtaveci has reached up to 5-10 cm, while the national and municipal roads are open.

The drop in temperatures has also increased the presence of ice, while the traffic sector has called on drivers to be careful and to be equipped with winter tires and chains.

Korça and Pogradec woke up whitened by snow and without electricity.

"I am completely surprised", Aida Shtino captures the detail and comes out with the unexpected reaction to the appointment of Joe Biden as President of the USA (PHOTO)

"I was braked by the car myself", Blendi Fevziu tells the surprise he faced in Elbasan: I came across a bridge that did not exist and ...

Sad / COVID-19 takes the life of the great Albanian artist, his daughter trembles with her dedication: The pillar of our family is gone! (NAME + PHOTO)

It is suspected that they laundered drug money through usury, the prosecution seizes 5 million euros worth of property from 2 brothers

The mystery of the disappearance of the Italian businessman is added, his phone keeps ringing, DNA analysis will seal everything

"Today at the post office was the next surprise from the homeland" / Surprised by what arrived at his house, Dritan Zagani issues a strong warning: This is the moment of truth! (PHOTO)

"I killed Sali Berisha", Artan Hoxha publishes the video that is spreading rapidly and explodes the 'bomb': Ilir Meta appeared with voice and image!

Blendi Fevziu recounts the embarrassing moment, tells what happened to him on the way to Korça: I did a couple of times with lights ...

Strong explosions in the middle of the night in Lezha remain a mystery, frightened residents: It was heard loudly, it shook the ground, here is what our eyes saw

Polls for the elections, the well-known professor reacts: This is the big question of April 25