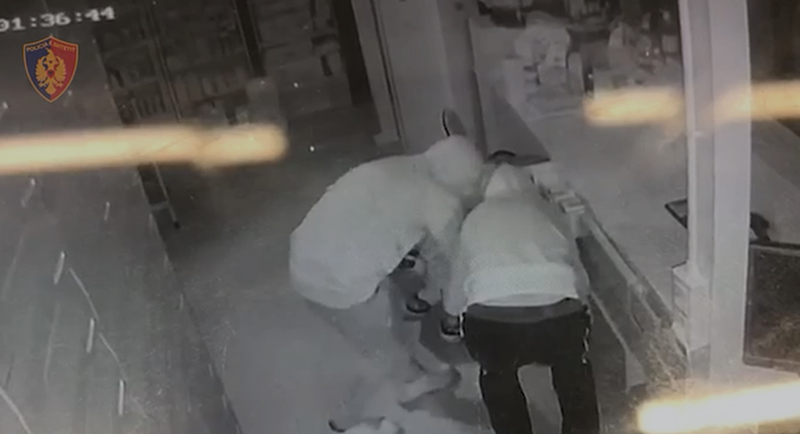 The police operation coded "Serial" is finalized, while two citizens were arrested. Official sources from the police informed that citizens Florjan Shupli and Rafaelo Tola, both residents of Kombinat, ended up behind bars, and citizen EB was prosecuted in a free state, for the criminal offense "Theft", committed in cooperation.

They stole from different businesses, in Tirana and Durrës, 2 citizens were arrested, their accomplice was prosecuted.

12 thefts committed by these citizens are cleared and documented.

Services of Police Station No. 6, following the work to prevent and combat criminal activity in the field of theft of property and assets, after information received on the operative route about some citizens who were stealing from businesses, in Tirana and Durrës, have organized and finalized the police operation coded "Serial".

As a result of this operation, the citizens F. Sh., 19 years old and RT, 20 years old, both residents of Kombinat, were arrested, and the citizen EB was prosecuted in a free state, for the criminal offense "Theft", committed in cooperation.

From the verifications carried out and the collected evidence, it has emerged that these citizens are suspected perpetrators of several thefts that occurred in Tirana and Durrës, specifically:

- On 29.09.2022, in Tirana, on "Migjeni" boulevard, during the night, it is suspected that they forcibly stole a sum of money from a pharmacy;

- On 24.09.2022, in Tirana, during the night, they allegedly stole from 3 businesses, two of them on "Muhamet Deliu" street and one on "Jordan Misja" street;

- In June, in Ndroq, Tirana, they allegedly stole a lot of money from a bakery.

Work continues on documenting other thefts that may have been committed by this citizen.