The video scandal that is circulating rapidly / The waiter in the Albanian restaurant makes the disgusting gesture on the plate that will serve the minister: I am taking him to eat 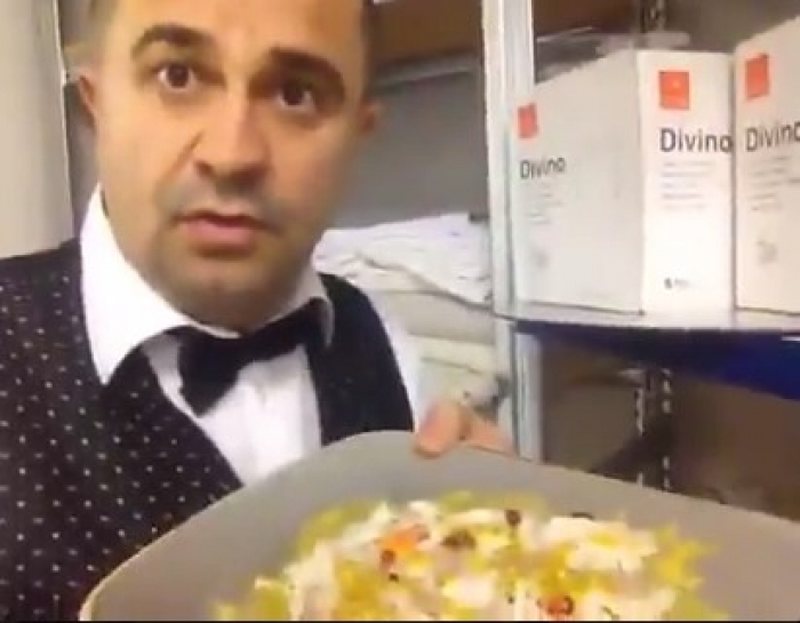 A waiter in a restaurant in Albania has made the rounds on social networks after the video he published. He has appeared extremely angry with the new ministers and the luxury they have at the expense of the people.

Extremely revolted and with a plate of salmon carpaccio in hand, the waiter spits on the plate and suggests to them.

A punishable act shows that in addition to disrespecting his work and the client, it is a not at all human and imperceptible gesture.

Rama-Basha co-government? Well-known analyst shows strong behind the scenes: Leaving the offices of the SP. It is immoral ...

"He raised us with this" / The Albanian wonders, shows the rare furniture he keeps in the living room as a memory for the father who no longer lives

Seriously / The father injures his son, 9 people are arrested in Tirana in the last hours. The police come out with an official announcement, the accusations that aggravate are clarified

You get a negative test even though you are infected ?! WHO in Albania explains: Here is what you need to know

Will there be tightening of anticovid measures at the beginning of the week? Silva Bino gives details, warns ...

New details are revealed about the serious event / He was moving with his monopathy and bulletproof vest, who is the Albanian who escaped the assassination in Greece known to the authorities?

Klodiana Lala returns the attention to the sensational event, makes the STRONG warning: Expect to hear a lot! The waters will be troubled!