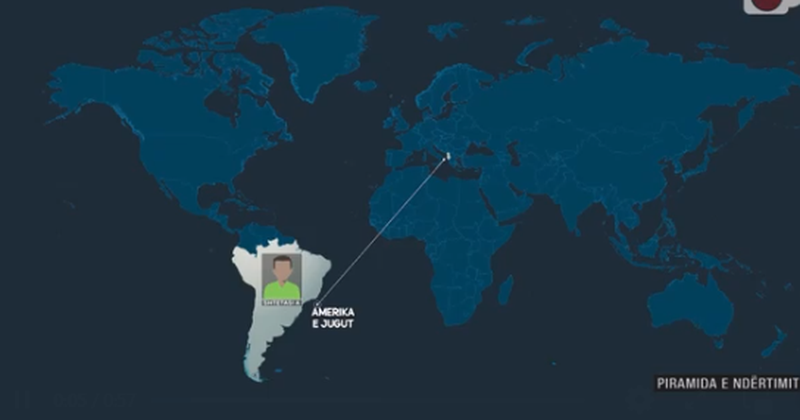 Citizen A, an Albanian citizen, has returned to Albania after a long stay in a South American country, for which there were indications that he was involved in drug trafficking.

This citizen registered in Albania, the trading company "DEF" with the field of activity "import - export of various goods" stating that the goods would be imported from the place where he had been staying for many years.

For the development of this commercial activity, citizen A borrowed the amount of EUR 300,000 from citizen B, for whom negative findings were found for involvement in the criminal offense of fraud.

From the verifications carried out, citizen A had concluded several contracts for investment in real estate and a mediation agreement with citizen X, for the sale of the latter's real estate, where citizen A would benefit from a significant amount of funds, from the role of him as a mediator.
Regarding the citizen X, she turned out to be the wife of the citizen named Y, where there is information about the latter's involvement in criminal activity.

From the analysis of the activity of the citizen X, several anomalies were found
• The citizen X had benefited through the donation of a real estate with a high market value, owned by several citizens, family members among them. The property was located in an administrative unit whose administrator was citizen C, who issued the relevant certificate to enable the alienation of the property.

From the data generated by the open sources, citizen C was found to be closely related to citizen Y.
Citizen X is found to have carried out several consecutive transactions of the sale and purchase of real estate, against parties suspected of being involved in the activity criminal;

Based on suspicions:
Registration of a commercial activity by persons involved in drug trafficking and suspicions regarding their real activity;
Involvement in transactions of sale and purchase, donation of real estate at high values ??of citizens suspected of involvement in criminal activity.