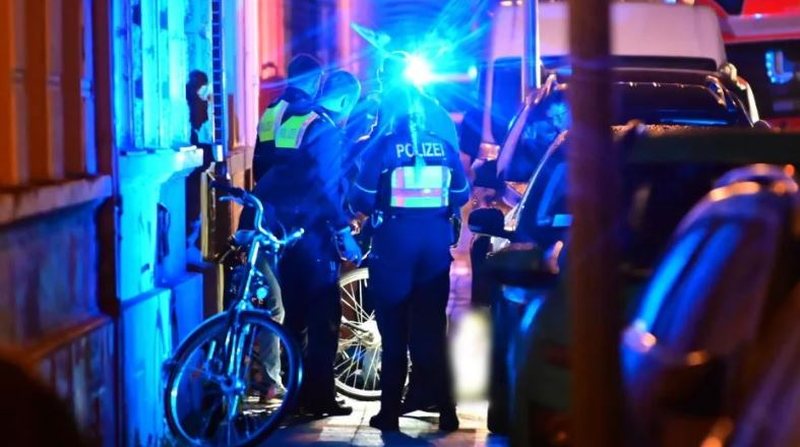 The police in Germany are looking for two people suspected of being the perpetrators of the murder of the 42-year-old Albanian in Krefeld. According to police, witnesses saw two men running away in the dark.

A police spokesman said the dead man was a known name to the police for drug and burglary offences.

"We do not assume that he is a random victim," the police said. It is learned that the victim will undergo an autopsy. The Albanian lived in Germany for four years.

30 police officers searched for the murder weapon under parked cars, in parks and on a railway embankment. Homicide officers also questioned residents on the street.

He was sentenced in Albania to serve his sentence/ Who is the "King" of Tik Tok who challenges Britain with his vain life, the Albanians are "obsessed" with him

The weather takes an unexpected turn today, here's what will happen to the temperatures

The Shkodran singer weaves the EPIC lines for Louis Eille: I do skin care with my hair, because I wash it more often than Kiara

Luiz Ejlli is the most commented man of the moment in Albania, because of his ga...

Louise Aille's mother reacts for the first time about the "wedding" and the first kiss with Kiara, who is making a name for herself in the media and social networks (PHOTOS)

The presenter of 'Big Brother Vip' Kosova was threatened by the father of the rapper Stresi? The moderator reacts for the first time

From paying fines to speeding on the highway, how is the Highway Code expect...

Went to Kiara and Luiz's wedding dressed all in black, Tea surprises the public: What was the purpose of this whole thing

Yesterday evening, a wedding was organized in the most famous house in Albania, ...

The resident of Big Brother Vip", Olta Gixhari, has been in the center of attent...