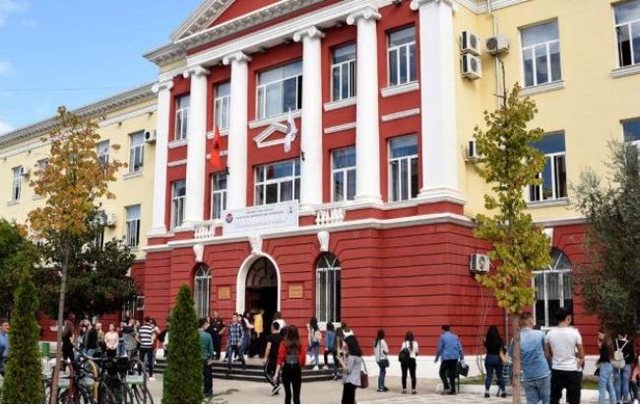 The University of Tirana, through a response on the institution's official website, has announced that the new academic year for higher education will start on October 17.

In the document signed by the Minister of Education, Evis Kushi, it is stated that the new academic year starts on October 17 and ends on September 29, 2023.

The public institutions of higher education, at the end of the registration of the winning candidates, send to all enterprises "Trajtimi i Studentë" sh.a., the list of registered students, according to the study programs and relevant faculties.

The General Secretary, the General Directorate of Education and Sports Development, the Center of Educational Services, as well as higher education institutions are in charge of implementing this order," the announcement states. 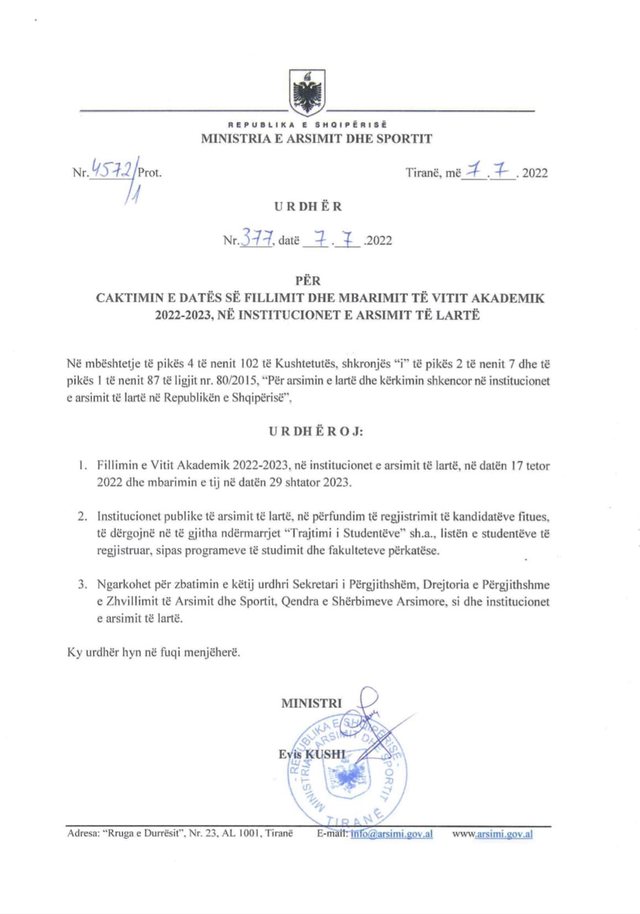