The assassination of Aleks Nika on January 21 / Balla makes the strong statement: Here is what Berisha did when he was brought from Turkey 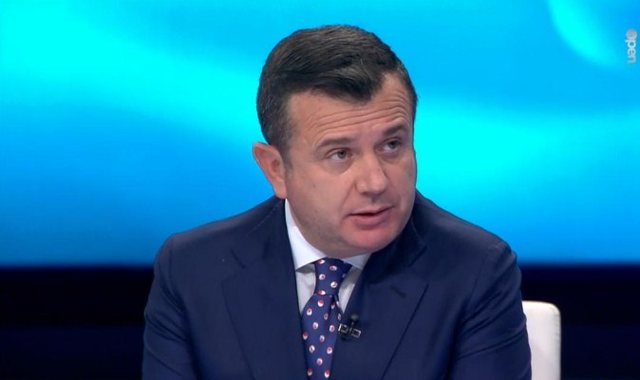 Today marks 10 years since the serious event of the "January 21" protest, where four innocent people were killed on the boulevard, while the opposition of that time was protesting against the Berisha government. January 21 protesters.

Ziver Veizi, Faik Myrtaj, Hekuran Deda and Aleks Nika are the ones who were killed on the boulevard "Dëshmorët e Kombit", during the protest of the Socialist Party, which was in opposition at the time. Today, they have received the status of "Martyr of the Fatherland", their families constantly repeat the appeal for justice.

Meanwhile, recently the Tirana Police has requested today the resumption of investigations for January 21 with a letter-request addressed to the prosecution.

The request letter requests a re-examination to determine the direction of the shooting during the murder of Hekuran Deda and Aleks Nika, as well as the wounding of Fatos Mahmutaj, Sokrat Godes, Erald Boshas, ??Artes Dybeli, Ilia Qesko and Ilia Papas.

It is also requested to re-examine the projectile found in the body of Alex Nika, to question the persons who have knowledge of mainly former and effective guards who was on duty on January 21.

Invited to 'Open' number 2 of SP, Taulant balla said that his suspicions and those of his family are that the shell was intentionally damaged when it was brought from Turkey, by order of the then government.

"We have been following this issue closely, and we have had written communications to request information. We have two files, one of those killed or our comrades-in-arms, and we have another murder, that of Alex Nika, which the prosecution, after several years of investigation, allegedly suspended and again in 2020 suspended to go to court.

If you want to quote you name by name those who have dealt with this file, either resigned or have been fired. Neither I nor Rama have been either a judge or a prosecutor.

What we have done is that not only for this, but for many issues related to justice is to be independent of politics. Alex Nika's file if serious investigations are carried out including shell examination, which my family suspects are that they were intentionally damaged when he was brought here from Turkey.

And those who did this did so by order of the then government. Basha and Berisha were the ones who ordered the guard at that time, and Ndrea Prendi shot after leaving Berisha's office. The second was killed by the guard Llupo and I am telling you that since Nika was close to Faik Myrtaj who was killed by the head of the guard, he also shot at Aleks Nika. For the first file it is impossible to return to punishment because the constitution does not allow reopening. In the case of Aleks Nika's file, all deadlines have been suspended and what needs to be done is to re-examine, re-question the participants, I was at the rally. "We are all ready to testify," said Balla.

New details are revealed after the surveillance of security cameras in the area, here is how the 66-year-old was executed in the middle of Tirana

Ilir Alimehmeti surprises with the reaction: Tirana is not the most aggravated district by Covid-19! Here are 3 cities where the coronavirus is making a name for itself

Selected by NASA to become a resident of Mars, says the 17-year-old Albanian who had always dreamed of the great opportunity for humanity