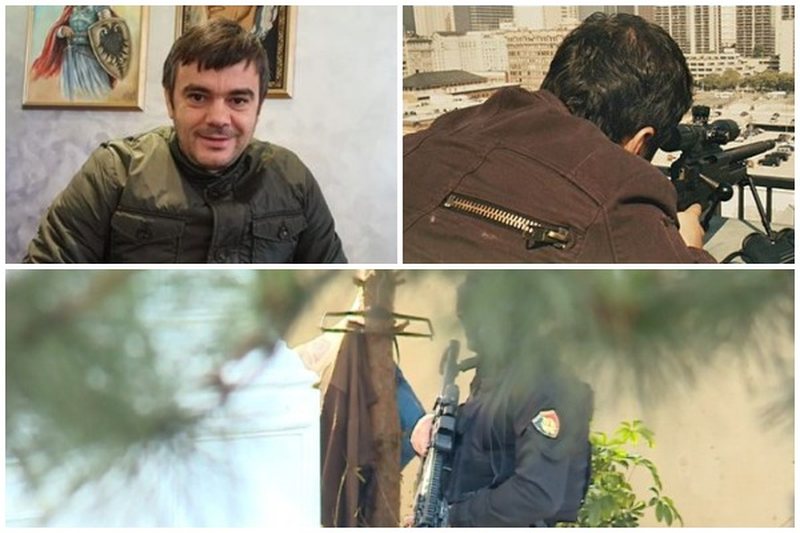 The DNA results have come out, where it turns out that former RENEA police officer Remal Rada is not related to the mafia execution of Kastriot Reç, killed in January 2020 with a sniper.

After comparing the DNA obtained from the former specialist's saliva, the state police laboratory confirmed that there is no match with the data obtained at the crime scene and in the apartment from where the former owner of a television was shot from a distance of 150 meters.

These data will be administered by the prosecution of Lezha, which still does not have a perpetrator for the murder committed in Rrëshen.

Recently, officer Remal Rada and Elton Hithi were arrested by a police service while driving a vehicle with English license plates.

A sniper-type weapon was found in the car, for which both insisted that they were victims of a scenario, and for this reason the Tirana prosecutor's office has ordered the seizure of the cameras of a well-known bar where they claim that a citizen who must to bring you an order from Great Britain.

Remal Rada resigned from RENEA a few months ago and after this action he found a pistol at home. But the DNA against him for the murder of Reçi is not the only one, several officers of the special department have given DNA and along with them also a former officer.

The police said that they also found an arsenal of ammunition in Remal Rada's apartment, but in the end only a pistol was officially considered a weapon, while the others were work equipment such as badges, searchlights that the former officer had not yet handed over and together with them equipment he used for mountaineering and swimming.

The fact that the prosecution continues to carry out DNA between the special forces and the military forces strengthens the suspicions that the murder of Kasterio Reçi was carried out by persons with special training. But who they are is still unknown.