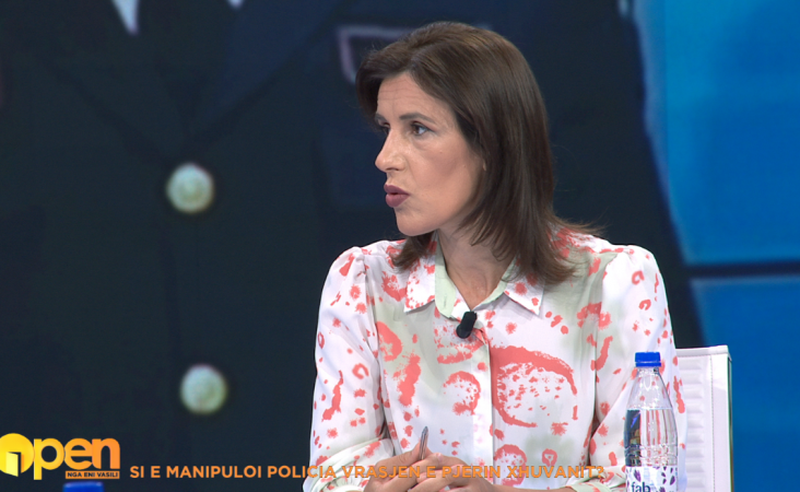 The journalists of the chronicle, Klodiana Lala and Armand Bajrami, said in the show "Open" that the State Police publicly lied about the event in Elbasan four days before the elections of April 25, 2021, where Pjerin Xhuvani was killed and four other people were injured.

The two journalists pointed the finger at the head of the State Police at the time, Ardi Veliu, who in a statement to the media after the tragic event said that in the vehicle "ML", without license plates, the investigative group did not find illegal items that could to be used for vote buying and selling ”.

Lala: I am worried about why, today that we are talking, Ardi Veliu, lied? He was forced, did he do it for political reasons, for personal interests, because he was blackmailed by crime? Why did you lie? Alfred Shehu is today in SPAK, he had a list of names. Why did they lie?

Bajrami: In fact, it turns out that in this car were found, in addition to two denominations of 50 euros and an Albanian denomination of 2 lek, a kind of block with names, numbers, identity cards, an A4 document with patronage forms were found. Police denied finding election materials. Here was the first point of deformation of the event. Then, we came to this situation, which is just as inexplicable, for the measure of "house arrest" for eight police officers. We are dealing with a spirit, not individual actions. It is impossible for 8 people, police officers, not to tell the truth. I think they were dictated statements, but I do not know if they were made under the influence of politics or the underworld.

Kurti meeting with Stoltenberg in Brussels: We want a peaceful region, Kosovo divides...