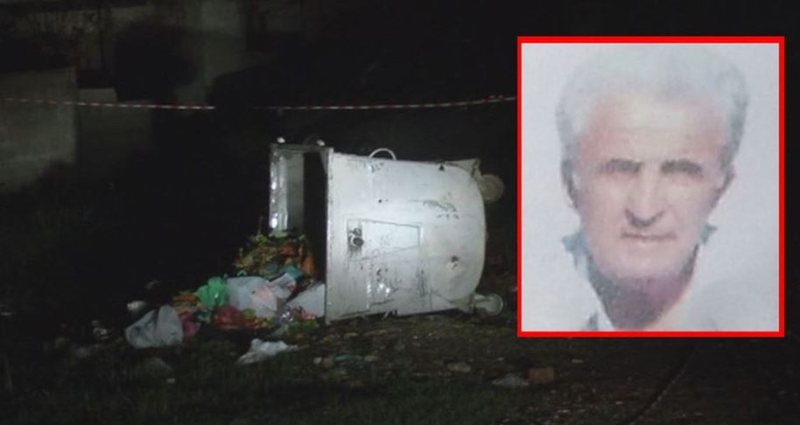 Skënder Krasniqi, 44 years old, was sentenced today by the court of Fier to 20 years in prison, after being accused of premeditated murder.

Krasniqi was convicted for the murder of 82-year-old Noke Likometaj, an event that took place in Fier on November 21, 2015.

The elderly man was found thrown in a garbage can, while he was hit on the body with sharp tools.

Skënder Krasniqi was arrested after the murder of 82-year-old Likometaj. But after a few days he was released for lack of evidence. While 5 years later he was arrested again after investigations into this event. The prosecution accuses him of being the perpetrator who stabbed Noke Likometaj, while he himself has repeatedly denied the accusations.

Skënder Krasniqi has pleaded not guilty throughout the trial. Likewise, his mother has demanded that her son be released as he says he was not involved in the murder of the elderly man. But the trial panel decided to sentence him to 20 years in prison.

The motive of the event is suspected to have been the sexual harassment of the elderly man to Roza Krasniqi, the mother of the 44-year-old. But Skënder Krasniqi's mother did not accept this.

A "nude" appeared on the streets of Tirana, the police explains: He raped family members and...

"We saw him with a gun in his hand, the other was run over by a car"/ The road covered in blood, what was left after the collision with 3 victims in Athens (PHOTO)

Two young men are arrested in Tirana, this is what the police faced during the search

The 22-year-old died in an accident in Italy, the mother tells the shocking details: How his uncle tried to get the compensation money

The massacre of the three Albanians in the middle of Athens, the second victim is identified (NAME+PHOTO)

What is happening? One day after the inauguration, the police "armored" the 108 million euro Kardhiq-Delvina axis

"You made me squirm, you laid me on the ground for...", the woman collides with her ex-husband in the middle of the show: Grab this bottle and throw it away! Didn't I share you in Italy?