The names are revealed, SPAK appoints five prosecutors who will deal with Electoral Crimes 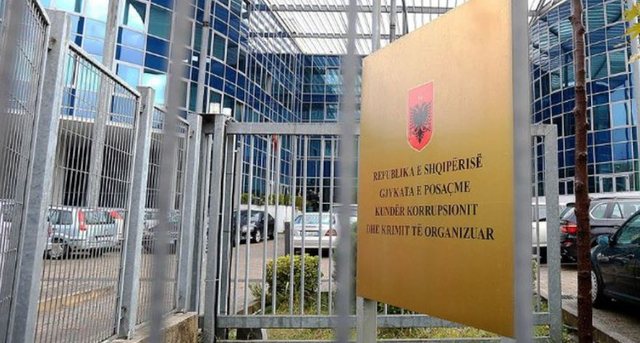 Prosecutors will investigate those who receive information or are accused of soliciting or other favors in exchange for a vote in the April 25 parliamentary elections.

The investigation of electoral crimes by the SPAK was a request of the opposition and which received the support of the majority during the meetings of the Political Council and then the approval of the legislators of the Assembly.

"I am completely surprised", Aida Shtino captures the detail and comes out with the unexpected reaction to the appointment of Joe Biden as President of the USA (PHOTO)

"I was braked by the car myself", Blendi Fevziu tells the surprise he faced in Elbasan: I came across a bridge that did not exist and ...

Sad / COVID-19 takes the life of the great Albanian artist, his daughter trembles with her dedication: The pillar of our family is gone! (NAME + PHOTO)

It is suspected that they laundered drug money through usury, the prosecution seizes 5 million euros worth of property from 2 brothers

The mystery of the disappearance of the Italian businessman is added, his phone keeps ringing, DNA analysis will seal everything

"Today at the post office was the next surprise from the homeland" / Surprised by what arrived at his house, Dritan Zagani issues a strong warning: This is the moment of truth! (PHOTO)

"I killed Sali Berisha", Artan Hoxha publishes the video that is spreading rapidly and explodes the 'bomb': Ilir Meta appeared with voice and image!

Blendi Fevziu recounts the embarrassing moment, tells what happened to him on the way to Korça: I did a couple of times with lights ...

Strong explosions in the middle of the night in Lezha remain a mystery, frightened residents: It was heard loudly, it shook the ground, here is what our eyes saw

Polls for the elections, the well-known professor reacts: This is the big question of April 25