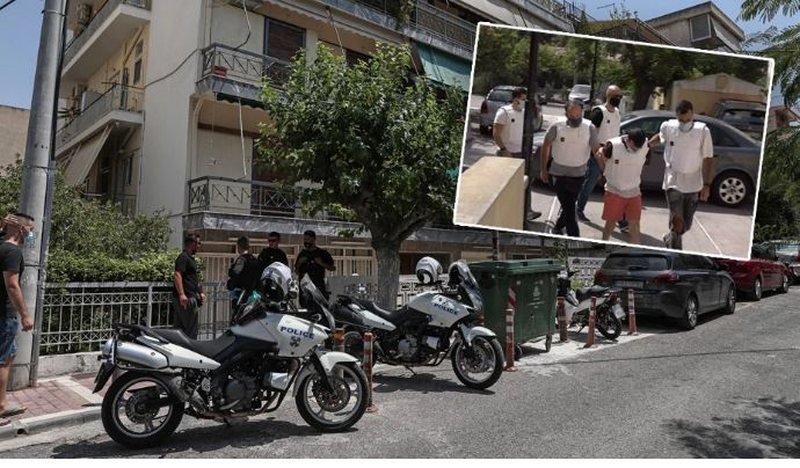 Other new details have been revealed regarding the serious event that took place in Greece yesterday, where a 40-year-old Albanian man killed his wife.

According to the expertise, the young woman was shot with a knife 28 cm long and had two serious wounds in the neck. The 40-year-old appeared in court today to be acquainted with the security measure.

The macabre event was recorded in the "Dhafni" neighborhood, in Athens, bringing back to the attention of the Greek public opinion the numerous crimes against women. The victim is Anisa Shehu, 31 years old from Elbasan, while the suspected perpetrator of the serious crime is 40-year-old Florand Shehu from Tepelena.

The incident was recorded around 11:30 a.m. yesterday at the couple's apartment. When Hellenic police went to the couple's apartment on the third floor of the palace, they found the 31-year-old dead in bed in a pool of blood. According to initial information, the victim suffered a fatal wound from a sharp object in the neck.

She also had marks of knife wounds on her body. After the serious crime, according to Greek media, the killer went to the local Police station and told the Law Enforcement Forces that he had killed his wife. The man stated that he committed the crime "because he was jealous of her". The couple has an 8 year old child and have lived in the area for the past 5 years. The suspected perpetrator has been arrested by the Police.

"Do you remember when I kissed you?" They also told my husband about this ", the elderly woman leaves Sali Berisha speechless with her request